---------------- story [links]
The story of the shadow alliance begins just after operation The Divide: as Brother Jeremiah lie dead in his herald sarkis' forces disguise themselves as his troops and retrieve it for an unknown purpose.

during the onyx events sarkis and his men dressed as survivors to antagonize the eastern horde into invading while infiltrating corpus HQ to gain a Resurrection serum they were developing.

following that sarkis dressed as corpus troops to test the zombie serum that was accidentally produced during the Resurrection serum's development.

once Sarkis confirmed they work he began making negotiations with Mutoto to gain Eastern Horde support for his faction promising to reunite him with Hannibal.

while mutoto was making a scene of getting back to Hannibal sarkis goes to the grounds of RUBI and Onyx's death to find Highway zealots already there, after clearing them out however sarkis' forces are ambushed by a surviving pack of onyx spiders.

having seen onyx's power sarkis uses her tech to modify brother Jeremiah's body and bring him back to life.

not long after his escape however Mutoto unleashed the virus making the "Eastern Horde" Strain of zombies in OP:Burning Dead.

with the factions distracted, sarkis tracks down Sergey Kalashnikov and orders his men to kill him while disguised as a sentinel, he then convinces sasha to help him develop weapons in exchange for allowing her to kill Malachi.

this leads to sasha becoming the main force of the faction's attention as she takes many prisoners and executes sentinels while trying to turn the factions on eachother,

with the factions disorientated the shadow alliance reveal themselves and begin their war against the factions in War of Shadows as they need to construct large reactors to power the ressurection of onyx.

they begin the war by staggering the survivors and forcing their starting war efforts to be focused on rescuing kara after sarkis captures her but allows weaver to escape, shadow becomes increasingly desperate throughout the war causing her to be wreckless and expose herself causing corpus members to question their leadership, in her rage shadow charges corpus forces on their own while sheila splits off to save kara, while kara is saved  the shadow alliance acts to isolate the sisters and capture rubi and sheila. 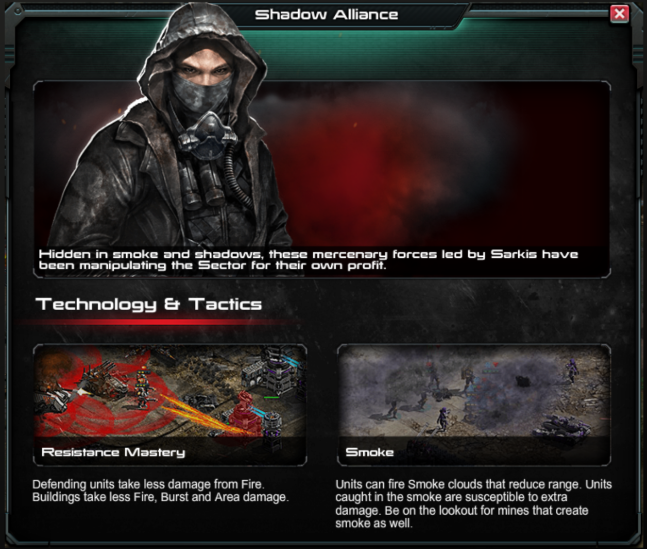 Reinforced structures: buildings take less damage from fire burst and area:
this means plasma and sustain weapons are your most reliable anti-building equipment.

this unit is the bulk of the shadow forces and is thus far the most dangerous of their units due to their versitility however are easilly beaten back by most vehicles and specialized infantry.

*fires a smoke grenade every 15 seconds that applies smoke to an area for 10 seconds.
giving you a 5 second window between smokes-smoke grenades cannot be fired at air units.

immune to concussion, and cryo
but can be to carrosioned,and lit on fire

A high priority (if left to their own devices units will shoot at this first) infantry that can fire rockets while moving, these rockets are capable of homing in on their target and cannot be dodged

Targers:land and air
health: above average
Speed: 2.5
range:500
Damage: seemingly burst
Size:100-7 can be stuffed into a bunker

Upon death shadow guard spawn a cloud of smoke over their body.

Weak to fire effect, plague,  and concussion (a bad mix when allied to a deacon) 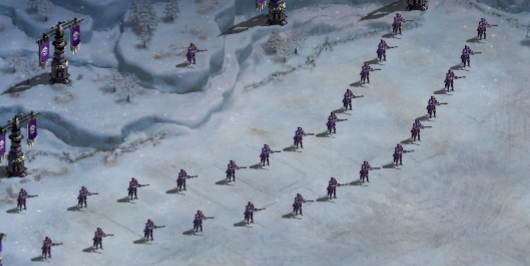 early results from sarkis' replication technology,
able to charge at the enemy but are unable to fire,
there is also a variant of these that will randomly explode.
both forms produce smoke when they die. weak to shock and scramble

due to its slow speed and short range this tank isnt a vary big threat if you have any support pieces that can disable it. 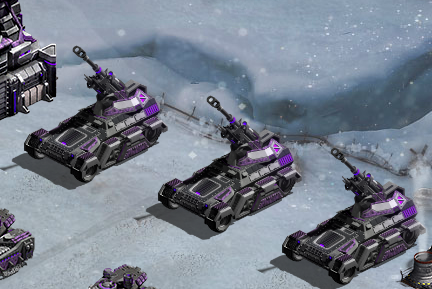 this unit is used mostly as a support peice by shadow forces but deals low damage so is not dangerous as anything other than that. 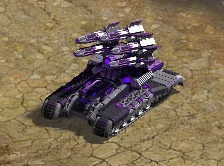 Weak to scramble, turncoat,shock and napalm
can be destracted by drones (thus making them miss their highly important range reducing shot)

a fast vehicle with only slightly less health than a shadowbane, fires 2 rounds (making them semi immune to adaptive armor) every 4 seconds at first but slowly build to 3 second reloads (potentially higher if allowed to)

Weak to scramble,plague and cryo 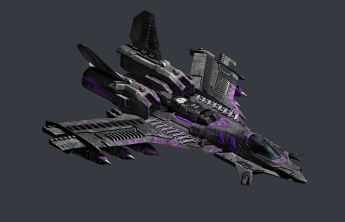 applies shock and fires many rockets in rapid succession.
these craft typically run triangles where they are in a base before they engage a target.

weak to tracking and lock on 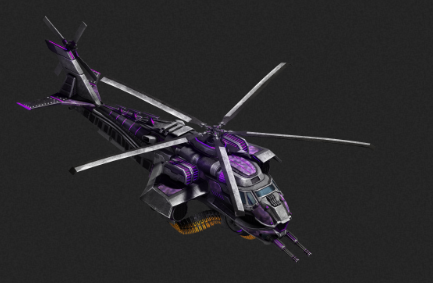 the aura of the smokestorm reduces range by 75%
and is unaffected by lumos aura however it is turned off by "lights on" spec ops,
smokestorms are classified as unique so it is only vulnerable to the marked status effect.


overall you dont want to get close to them however they dont necessarily need to be taken down with much priority, better to focus on shadow guard and artillery.


SA Bro J
In the Sarkis track you are given acess to the gifted version of Bro J
this unit is immune to carrosion, but weak to fire

he has a long reload that fires 4 rounds is rapid succession, and a splash radius of ~120

vary powerful against buildings and infantry, but weak to vehicles.


Bro J does not count as being a Hero for the purposes of heroic deployment so it is recommended to being an anti-tank hero along.

similar to an ordinary shadow soldier in that at 650 range she will fire in bursts and launch a smoke grenade, however sports a much harder hitting gun in comparison

Sheila is immune to all status effects.

engaging sheila is not recommended without shadow killer units as most other units will be dead within 2 bursts of her rifle, uniques can last a bit longer and survive around 4-5 bursts, dealing damage to sheila is difficult, recommended using drones, shadow killers, or high altitude to engage

when allied sheila does not count as a hero so any other hero can be deployed alongside her.

Targets:ground
health of ~100 million
speed increases as health decreases (up to ~3)
applies crush damage to those within 50 range of it, this crush damage is, however extremely powerful and can quickly kill many units if not avoided.

weak to plague and smoke 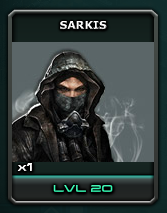 Sarkis utilizes a mix of smoke grenades and a 700 range rifle, sarkis also hides what health he is at,

upon reaching a health threshold sarkis will deploy smoke and 3 fake sarkis units,

the real one will continue to fire grenades while the fakes simply fire their rifles,
upon death fakes will explode into smoke similar to the shadowguard,


as more health thresholds are reached sarkis will deploy more fakes so it is best to kill a few, or to kite the main one further to manage their numbers easier.

the marked status effect can be applied to both real and fake sarkises.