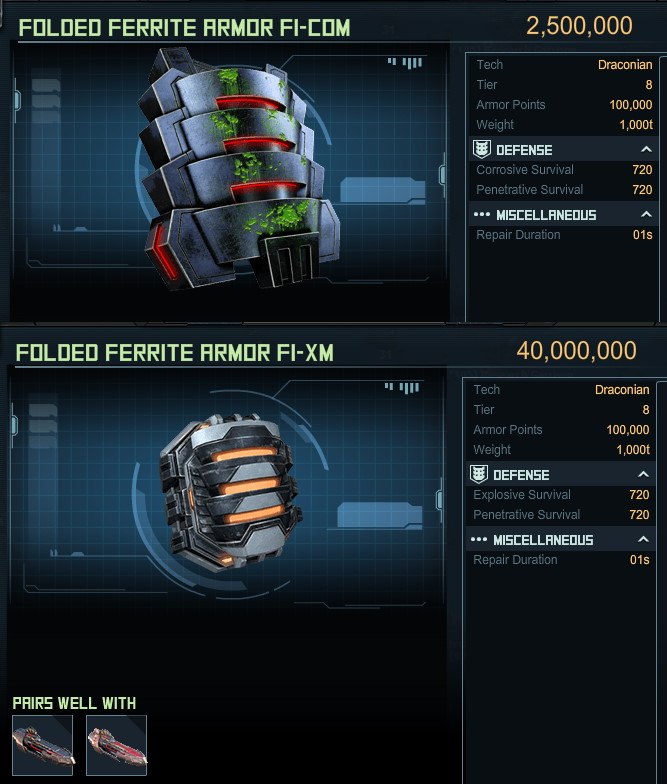 1: how on earth can you justify the huge price increase for the same 720 performance.

Is this not a stepping-stone armour for those who need better fleets because they cant reach the 25mill required for the limited armours? if so then      this is backwards pricing. no one is spending 40mill for 720x2 deflection points when they can get 5000 for 25mill


2: how the f is that F1XM recommended ("pairs well with") for Praetorians, that is laughable.