It’s competition time. New formations haven’t been added to VEGA Conflict for quite some time, but and we’re opening up design contest submissions this weekend. Each person can submit two designs. This is your opportunity to have your design featured and added to the game!

The following format must be used when submitting formation ideas: 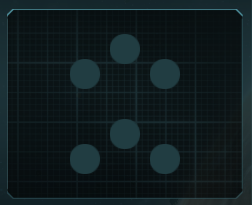 Explanation: A cool formation that can easily be split into two groups: two Battleships as each groups lead ship with two Cruisers to support each. One group could be used as a decoy, while the second group flanks.

To get you started here are some ideas you should consider when designing your formations:

Competition will run from today until 4:00 PM Sunday 28th of April PT.

The finalized details may be modified before being released in-game.

We’re eager to see the types of designs that are submitted! Please include your formation submissions as a reply to this message. Once the submission period has ended, the game team will vote on the top 3. Each winner will receive all three formations once they're released.