Base Defense vs Zombies - Tips

Know Your Zombies
♦ Zombies are infantry that are weak to area and fire damage.
♦ Walkers, Crawlers, Gorillas, Mini Gorillas, Ninjas, Juggernauts, and Thorium Juggernauts are all melee units.
♦ Normal zombies (Crawlers, Walkers, Mini Gorillas, and Bombers) can be easily killed with normal turrets and splash damage.
♦ Ninjas will rush towards you in seconds! use Vindicators, Nightmares, Hammers or Spartans to kill them when they're tightly grouped behind walls.
♦ Bombers detonate causing huge splash damage. can be easily killed.
♦ To kill Juggernauts, you need heavy damage dealers paired with Corrosion & fire, Rail guns, Purifiers, Hammers..etc.
♦ Yellow spitters are the only ranged zombies that can target both air & ground with a wide splash radius. the safest way to kill a Spitter is to snipe it from a far-away position before it has the chance to retaliate. other ways including flanking them with a fast moving unit, distracting them with silo drones\Titans, or by using brute force Hammers+Spartans\Acolytes.
♦ New Mech zombie: ???

The most universally effective way is to kill them with fire. but there's a few other tricks you can use for a more efficient kill

✅ Barricades: can be used to funnel zombies into narrow lines or to guide them to minefields. if placed at the right distance from your turrets, they can buy you enough time to kill the wave before things get close and personal.

✅ Special Ops: top 3 that are relevant to this event are:
✅ Drone Silos: for waves that have Yellow Zombies, try to put your silos a little bit outside your base (but not too far outside!) in order to trigger them earlier to swarm & distract those Yellow zombies while flanking them with Howlers, Jackals, or Phalanx.. OR to keep them distracted until you kill all the other types.
Best units for these waves are: lots of Incendiary Wing Drones - Night Owls - Yellow Jackets.

Evolution of Base Defenders:
- Legacy Era: Wing Drones - Elite Flamethrower - F.A.V. - Suicide Truck
- Fire Nation: Scorcher - Torch - Ronin
- SF Era: Grenadiers - Jackals - Nightmares
- Gen-1 Factions: Hammers - Spartan ZK - Acolytes
- Gen-2 Factions: Chaplains - Technical
Your best option is to use units from Gen 1 and 2. if you don't have enough, you can use some of the older SF Era units like Grenadiers, Jackals, and Nightmares.

✅ Disruptors are rarely used during normal gameplay, but their shock\scramble\burn effects might have a role in this event. so prepare yourself and have a few built and ready!

✅ Orbital Hammer Bastion is another useful defense option that can cover a wide section of your base with over 135K damage at level 3.

It's not too late to pick a side

The opportunity cost of staying neutral is very high, and choosing the right faction for this event is a tricky part!
Corpus' Adaptive Armor comes in handy during attacks when sniping Hunters & Rails (especially if they're supported by Fusions), but not that good against zombies, as it won't protect you from getting slowly chewed by those melee crawlers!
Sentinels' Devotion will protect you from getting shocked, stunned, or zombified.. but all this can be avoided if you're a careful player.
Survivors' Warlust is super effective in both defense & attack. when it reaches its full % your units' damage doubles! which is great if you're  used to using Hammers & Liberators in defense, or for rushing bases with Hammers, Dogs, and Liberators. 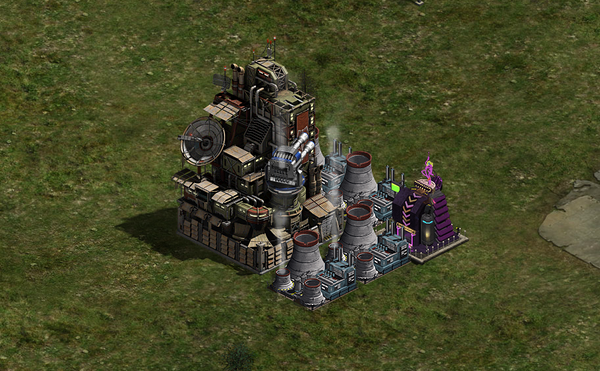 Not all waves have zombies spawning from all 6 directions. So, for waves that has one or two spawn points, move your important buildings to the opposite sides to keep them standing as long as possible during that wave. such as:
Be flexible with your design 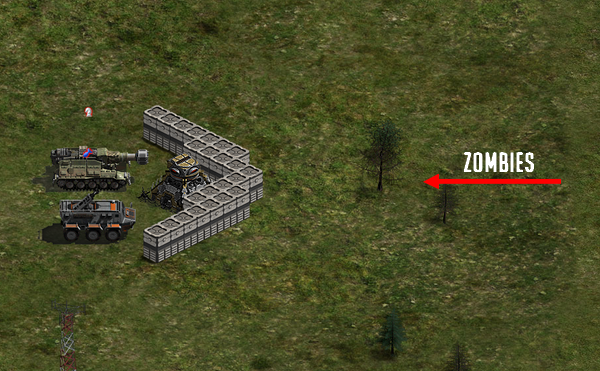 Don't stick with one setup! move things around and adapt to each wave.. some waves will have only anti-ground zombies, so you can move all your floaters closer to the spawn points to give them more time.
- Bunkers should be placed in positions that will cover the entire wave (or as much as possible).
- Bunkers behind walls supported by Vindicators (long range) and Hammers (short range) are a good combination.
If you're going to use multiple Hammers, sometimes it's not a good idea to place them all in the same spot, instead, place them one after the other to stagger their shots. 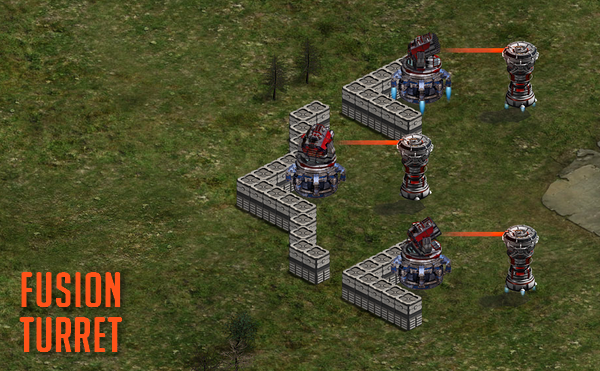 Overwatch turrets are one of the best AoE damage dealers, but their DPS needs a good boost to make up for the long reload. so get a few Fusion turrets and link them together.
- Napalms, Fire Bomb Artillery, and Rocket Barrage are all outdated and don't do **** against the new generation of zombies. don't waste your time.
- Floating Avalanches works very well, and their damage will multiply very quickly thanks to the continuous stream of zombie hordes.
- Forget about using Absorption turrets unless they're at level 4-5.

Rail Launcher or Overwatch?
Rails damage is insane! they're excellent against Juggernaut & Boss Zombies, but most of the time they waste their first shot on one of the weaker zombies then take ages to reload.
Overwatches base damage is no where near that of a Rail Launcher, but their shots cover a large area and weaken multiple zombies at once. also keep in mind that we might have a new type of Mech zombie in this event. we still not sure if Overwatches are enough or Rails are needed to kill it!

Brute force is still a tactic (Meant for Invasions) 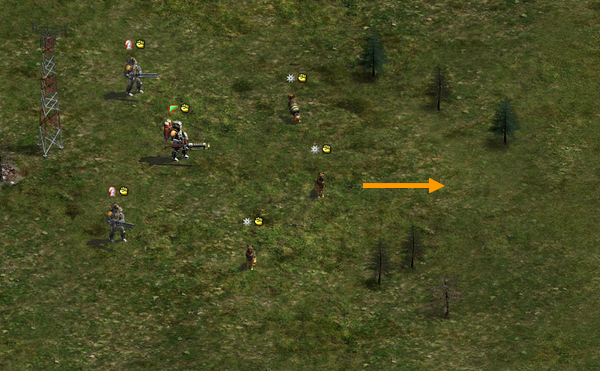 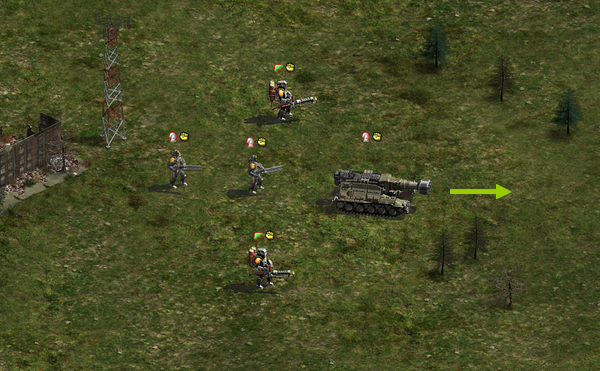 [Hammers\Purifiers Shield] Hammers are better than Purifiers vs area damage and can defend themselves well against zombie hordes.
Frontline: Hammers with Fire Ammo + Reload Speed + Damage Resistance
Chaplains & Acolytes with the same setup as the previous combo

Take all the time in the world
Since event waves are different from Invasions, and you're not in a race against the clock, take all the time you need to study the wave (watch some Youtube videos) and take notes about where zombies are coming from, how many of each type, and which ones you need to kill first.


Zombies rain from above!!
There might be some Undead Valkyries and Vanquishers during early waves . Valkyries are super annoying, as they will swoop in and zombify your PowerPlants causing some implosions, but they're very easy to kill anyway.

EDIT:
1-  Zombie names listed above are what we used to call them based on appearance\attacks, but some of them has different names when using Adv. Scout.. For more details about Zombie profiles & photos, Check out this post which also has so many valuable info & tips [Tips to defend against the Zombie Onslaught] credit goes to Thane Mantis

2- Another post worth referencing here is [THE ULTIMATE ZOMBIE SURVIVAL CAMP] which has many detailed tactics to fight zombies. credit to Make_Me
P Sherman, 42 Wallaby Way, Sydney.
27
Sign In or Register to comment.