KIXEYE Swag
Unicorn Overlord
Joined Nov 2011 Posts: 3,665
18 May 2017, 5:33PM edited 18 May 2017, 5:34PM
The battle has begun!  Attack and destroy bases of the The Four Horsemen to unlock the blueprints of light vehicle variants.  These include:
·      PK Transport
·      Humvee Transport
·      Stryker Transport
The Variant units have the special ability to unload infantry when it is destroyed.  Watch this video to see the Variant units in action: 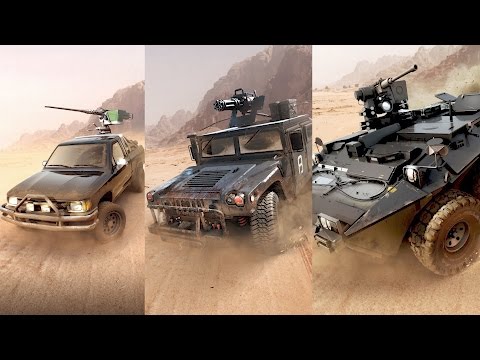 The brand new prizes available exclusively in Revelation are variants of light vehicles including the PK, Humvee and Stryker.  These units are painted jet black and classified as Transport vehicles.  After obtaining their blueprint, the variants will have the same Promotion level of the regular versions.
When a variant is destroyed in battle, infantry will exit the vehicle and join the assault.  The PK Transport carries Riflemen, the Humvee Transport carries Machine Gunners, and the Stryker Transport carries Force Recon.  All of these infantry will automatically be at the same Promotion level displayed in your Army window.
Keep in mind that you must have the original units unlocked before you can use their variants.  These awesome new units are only available in Revelation so don’t miss this opportunity to add them to your Army.
WarCommander.com - The best place for News and Guides
WC:RA YouTube Channel
WC:RA on reddit
WC:RA Facebook Page
WC:RA Twitter
1
Sign In or Register to comment.