Pirates! A new objective system is available for players who have upgraded their Outpost to level 6 and are level 50. Players who have not met these requirements will still have access to the older objectives.

Forsaken R&D is a system where players can complete up to 15 objectives along a linear progression to unlock bonuses, boosts, and items. More objectives are scheduled for release in the future!

You can view your objectives by clicking the pill in your HUD or clicking your Outpost.

Completed portions of the objective will be noted with a check. You may hover over any reward or locked objective to see the specifics.

In the Research And Development window, you will see a progression tree with various objectives to complete from Harlock, Brennus, and Zoe. 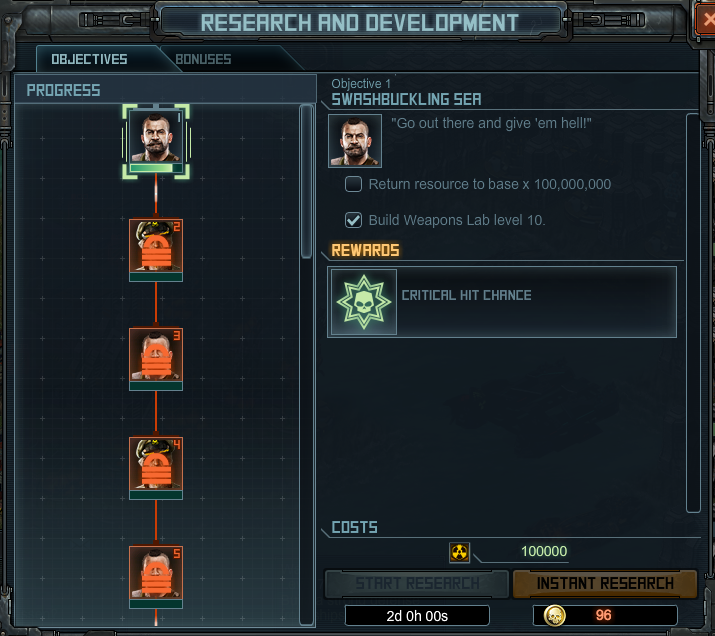 Notice how the costs for the objective reward is grayed out in the Research & Development window if any of the subtasks are incomplete. Once all subtasks of an objective are complete, this section will no longer be grayed out and you may begin researching this reward.

There is an associated Uranium cost for starting research.

Starting research will begin a timer. Once this timer has completed, you will gain the benefit of this reward. All boosts are permanent and take effect immediately upon completion of the research. You can also opt to instantly research any reward instead of waiting for the timer to complete.

Once complete, you will see a pop up showing the reward you have unlocked!

You may always review your rewards in the Bonuses tab. 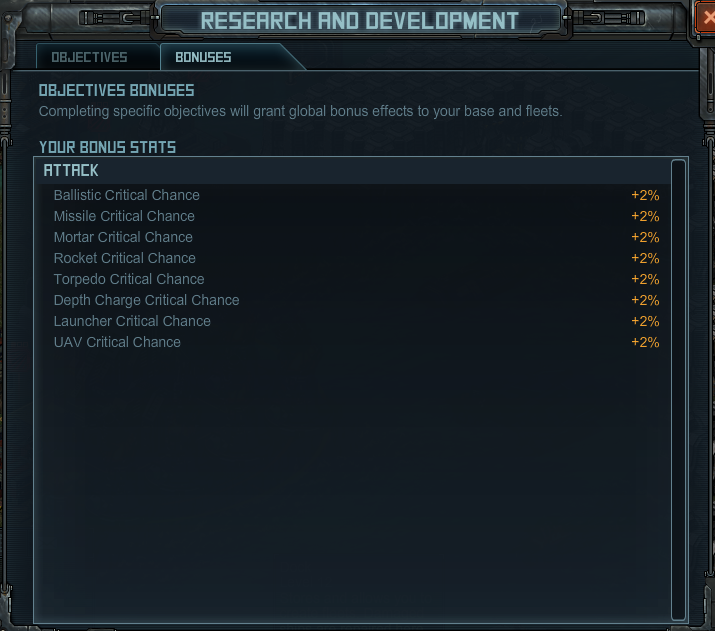 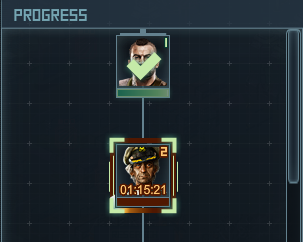 If you are currently researching a reward, your base will indicate a skull icon:

Let’s take a look at the new prizes. 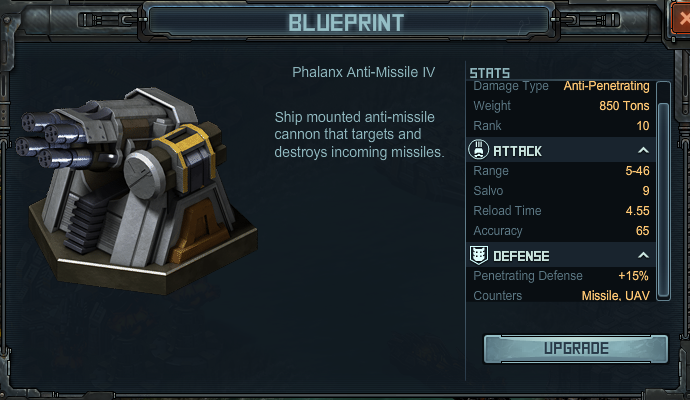 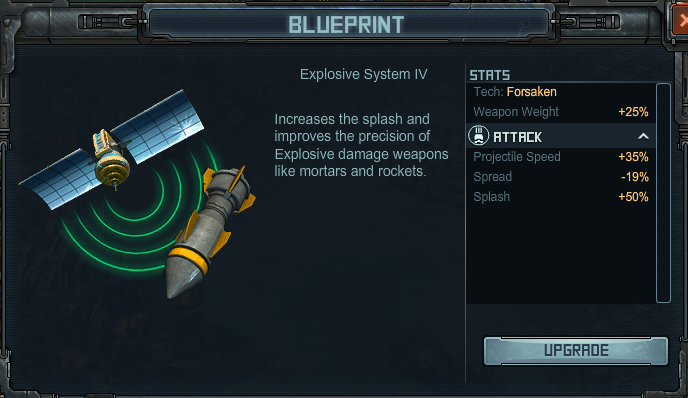 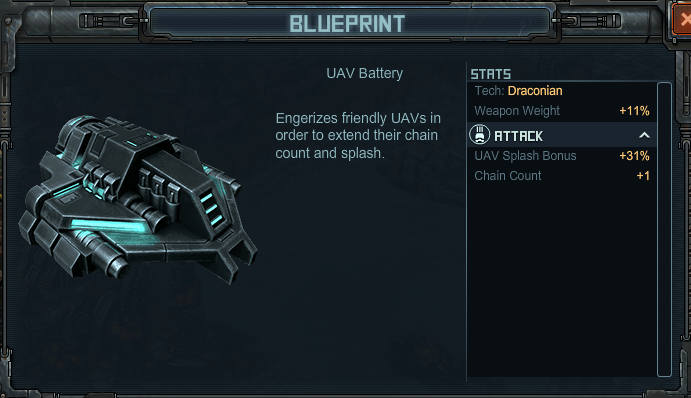 A perfect addition to the new Draconian Bomber UAV D100-S, the UAV Battery increases the Chain count and the Splash of UAVs. Chain count is the maximum number of targets a UAV will chain to before returning home. 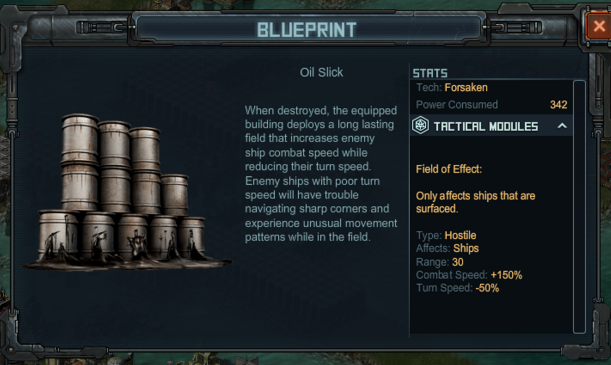 Similar to the Combustion Trigger, this special can be equipped to water buildings to create a patch of oil spillage when destroyed. This patch of oil will cause ships in the oil field to lose turn speed but increase movement speed. 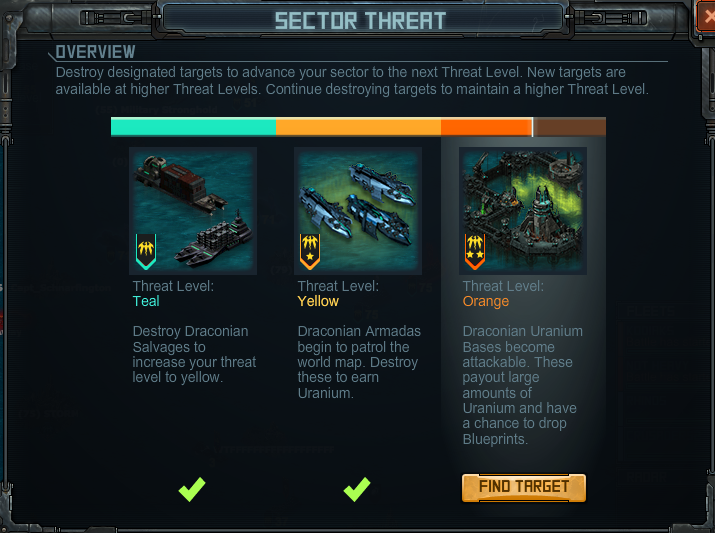 Click on these bases to see the attack plan for these targets! 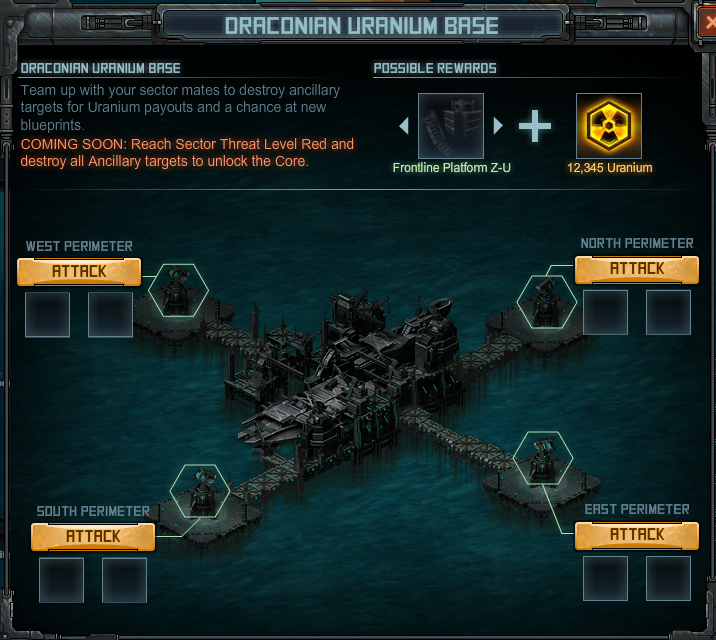 The Draconian Uranium Base is a cooperative target. Each perimeter can be attacked by up to two players. Multiple players may attack each perimeter simultaneously.

The internal layout of the base is a sprawling expanse, armed to the teeth with Draconian tech. These bases aren’t for the weak of heart, Captains!

Draconian bases are the only targets that provide sector points while within the Orange threat level.

Bubbled Draconian Uranium Bases will un-bubble every 15 minutes after being destroyed while the sector is orange.

To complete a Draconian Uranium Base, all perimeters must be defeated before the time runs out and the perimeter repairs. To defeat a perimeter, all priority targets must be destroyed.

Destroying buildings will reward Uranium and defeating a perimeter will reward an additional Uranium payout and possibly blueprint parts. Blueprints parts drops are similar to Scourge Vanguards: only one participant may earn a blueprint part; blueprint parts are weighted toward the player who deals the most damage; to be eligible for a blueprint drop, you must have dealt at least 5% damage to the target.

Each perimeter is worth an amount of Uranium upon completion. If all perimeters are defeated before the target fully repairs, all participants will gain a significant bonus of Uranium as well. You may participate in any number of the perimeter attacks and gain a larger Uranium bonus for each perimeter you secure.

Once the Sector Threat reaches the top range of the Orange level, the decay rate becomes increasingly aggressive. This means it will be harder to maintain the threat level at Orange.

All new Draconian Uranium Base blueprints have 4 blueprint parts. Once all four parts for any blueprint are collected, the blueprint may be constructed. 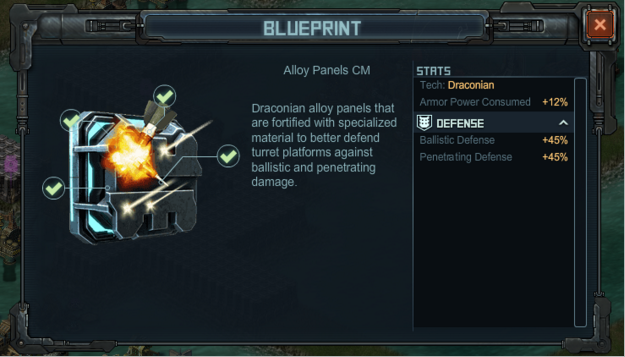 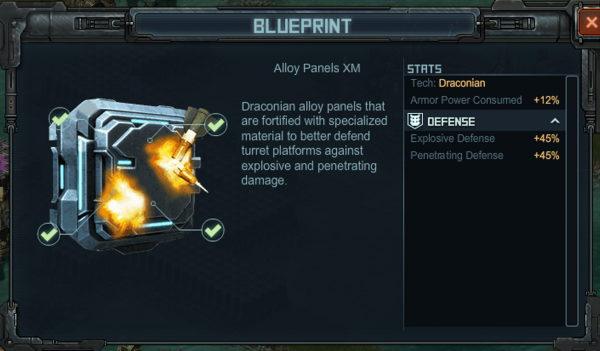 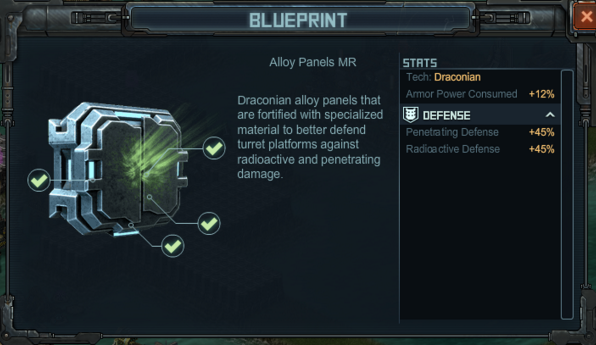 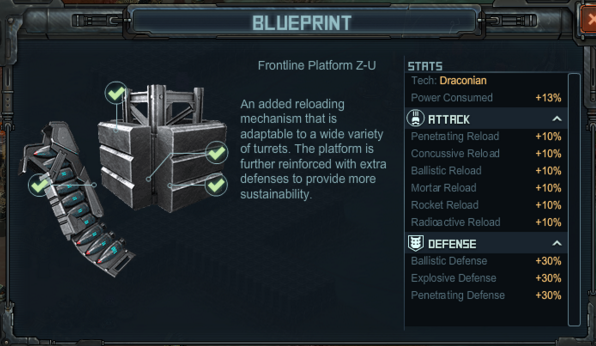 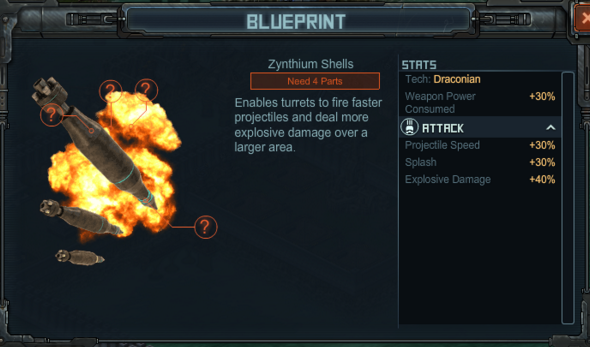