The Reavers have captured several unidentified fleets and reports indicate that these crews may be friendlies. Rescue these fleets from captivity and earn the trust of their crews. But be ready! The Reavers aren’t known for their compassion for prisoners. Dark Tide begins July 16th.

Dredge fleets are planned to be active during their normal spawning times during the event but may be disabled if stability becomes an issue.

Players may earn Event Points that can be used to redeem prizes by defeating World Map targets and Campaigns. Bonus points are awarded to players for completing Dark Tide Campaigns.

A Sector Progress bar appears at the top of the game screen. Players fill this bar by earning Sector Points. Sector Points can be earned by defeating World Map targets only. At certain points along the Progress bar, content will become unlocked.

You may have multiple campaigns active at a time but any aborted campaign will have a 45-second cooldown before it may be reactivated.

Strike and Siege Campaigns encounters 2 through 5 have friendly fleets that have been captured and are under a shroud.

Destroy the indicated building [!] to unshroud these ships. Destroying this building will free these ships from captivity. Freed ships will move toward the edge of the battle screen, fighting on your side. IT IS IMPORTANT TO NOTE: If you destroy all Reaver forces and defenses before the rescued ships leave the battle, they will not be counted as rescued. So be sure to hold off on finishing the target until the friendly ships can escape! You do not need to rescue the Forsaken fleets to successfully complete the target.

A pill on the HUD will keep track of how many Forsaken ships have been saved.

After rescuing enough Forsaken ships from the Reavers, players can redeem an Elite Mercenaries Rogue Crew from the rescue progress modal. After winning the Rogue Crew, you may participate in this process again to earn more Mercenaries.

The Sector Progress Bar can be found at the top of the game screen HUD on the world map. Each sector will have its own Progress Bar. Each Sector Progress Bar's maximum total is different depending on the population of the Sector. Sectors with smaller populations will require fewer points to reach the maximum Sector Points needed to fill the bar.

Each Reaver Assault Force is worth a different amount of Sector Points, depending on the level of the target.

Upon reaching 40%, all friendly ships in this sector will gain +10% Combat Speed.

Once the sector bar has been filled to 80%, a sector-wide store will become available. This store will have additional prizes to redeem. Players can view the items in this store prior in the Event lead-in, but will not be able to make any purchases until this raid boost has been unlocked. Players are limited to two prize redemptions in this store.

At 70% full, players will gain a +5% multiplier bonus to Event Points; +15% at 90% full.  This bonus will apply to all World Map targets, but not to any Campaign completion bonuses.

Once this sector bar is full, the protective bubble covering the Reaver Assault Platforms will disappear, making these platforms available for attack! Attacking Reaver Assault Forces outside of your sector will not affect your home bar or earn your home sector any of the bonuses; it will only serve to help that specific sector.

Upon filling the Sector Progress Bar, all players in the Sector will earn the "Were You There?"

New, larger, more dangerous Reaver Assault Platforms have been constructed. When they appear on the World Map, they will be surrounded by a protective Uranium bubble. These platforms cannot be attacked until the Sector Progress Bar is full.

Clicking to attack this platform will open an Attack Plan window:

As the description in this window notes, this is a cooperative target. While a single player can engage this target, keep in mind that the Reaver Assault Platform is a single hit, non-retreatable target.

Certain Reaver buildings will be equipped with this tactical installation. This will not be indicated by a blue ring. Any enemy object, ship, or turret within this ring cannot be targeted or fired upon until the building is destroyed.

While defeating a Reaver Assault Platform is challenging to say the least, players who successfully defeat the platform will earn a hefty Uranium reward as well as a chance to win the Reaver Hellstar or the Proto-Nemesis!

The rules for the Reaver Assault Platforms are:

A new tab for purchasing Tokens is available in the Prize redemption window. This store does not need to be unlocked with Sector points. You must have room in your inventory to purchase Tokens. If you attempt to purchase Tokens while your Inventory is full, you will see an “Inventory full” notification. Each type of Token is limited in total number that can be purchased, as noted in the store. Limits on redemption are the same as previous events.

There will also be Uranium awards based on points completion. These awards start at 150,000 Event Points scored and cap out at 10,000,000 Event points scored. You can see how much Uranium earned per tier below: 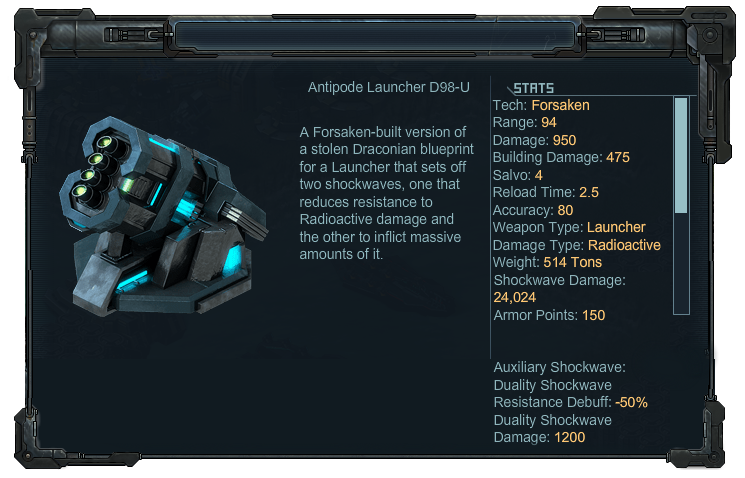 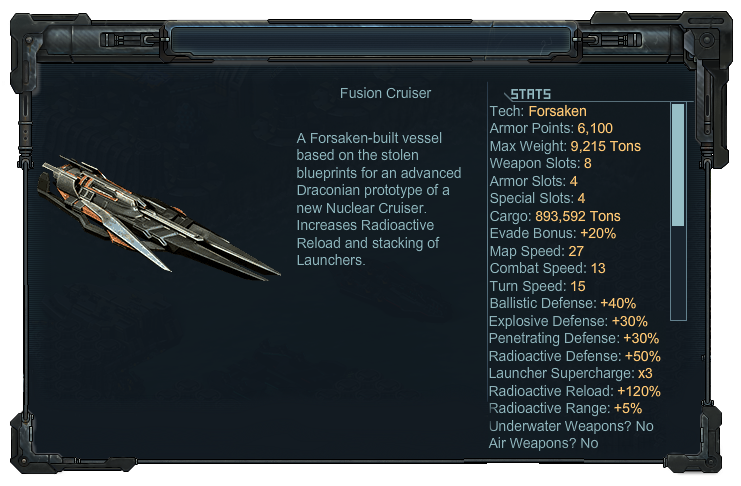 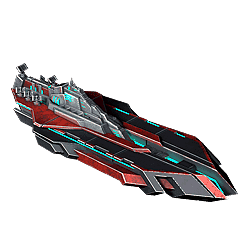 *The Warbird Carrier may be redeemed twice, but we are not increasing the maximum capacity.

**The maximum capacity for the Grimshine's Berserker has not been increased and may only be redeemed once.

Maximum number of purchasable tokens is the same as previous events.

Drop only from RAP

I cannot discuss your account ban. Don't ask.
250.png 8.9K
40
This discussion has been closed.