Take some time to find an alliance, or make your own, because there is a new co-op target coming! We have been working behind the scenes to create a new Dreadnought target for you and your allies to battle together. This new challenge will be intended for multiple players to tackle together so find teammates now and prepare to take on  Obstruction. 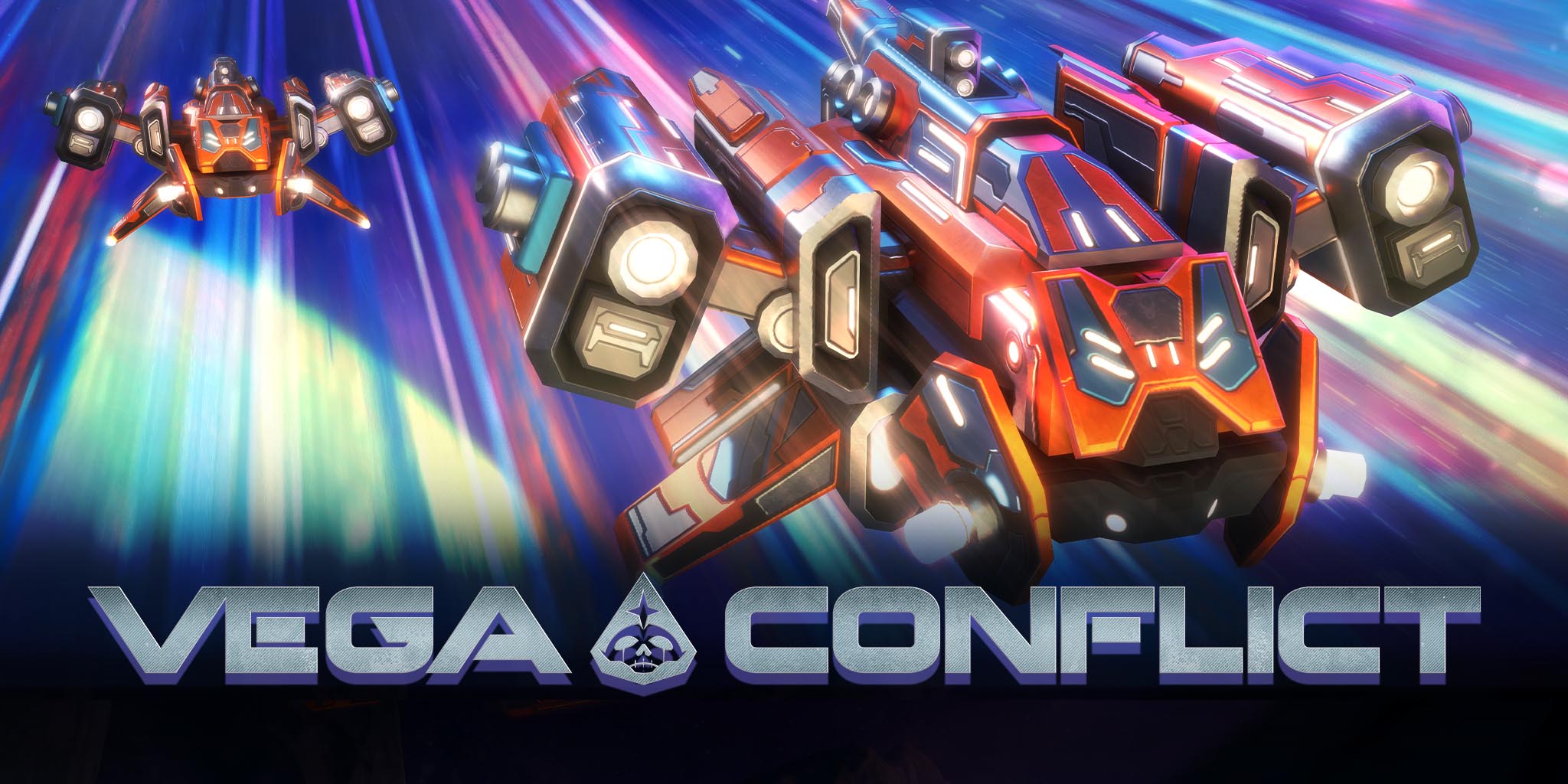 This month brings the specialist hull, The Hook. This Retrocitor hull can scramble targeting systems drawing enemy fire to itself to help cover its allies. Whenever the Hook deals damage there is a chance the enemy will become Enraged, gaining the new Enrage status effect, and focus its attacks on the Hook instead of other, more threatening allied ships. 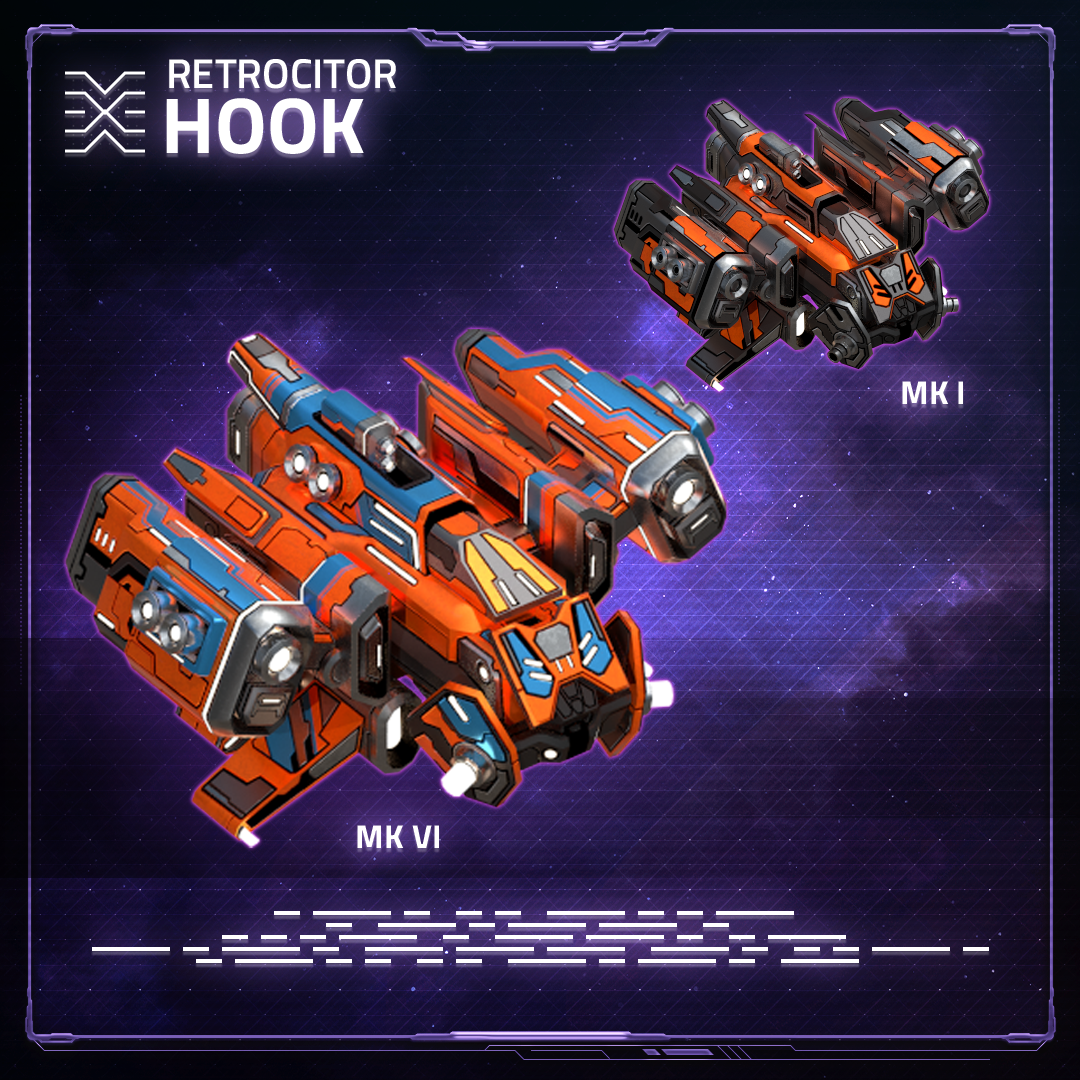 The Hook is designed to deceive enemy hulls into thinking they are a bigger threat than they truly are, forcibly drawing enemy fire and allowing allied hulls to break through their lines. Utilize the Hook to distract and infiltrate! 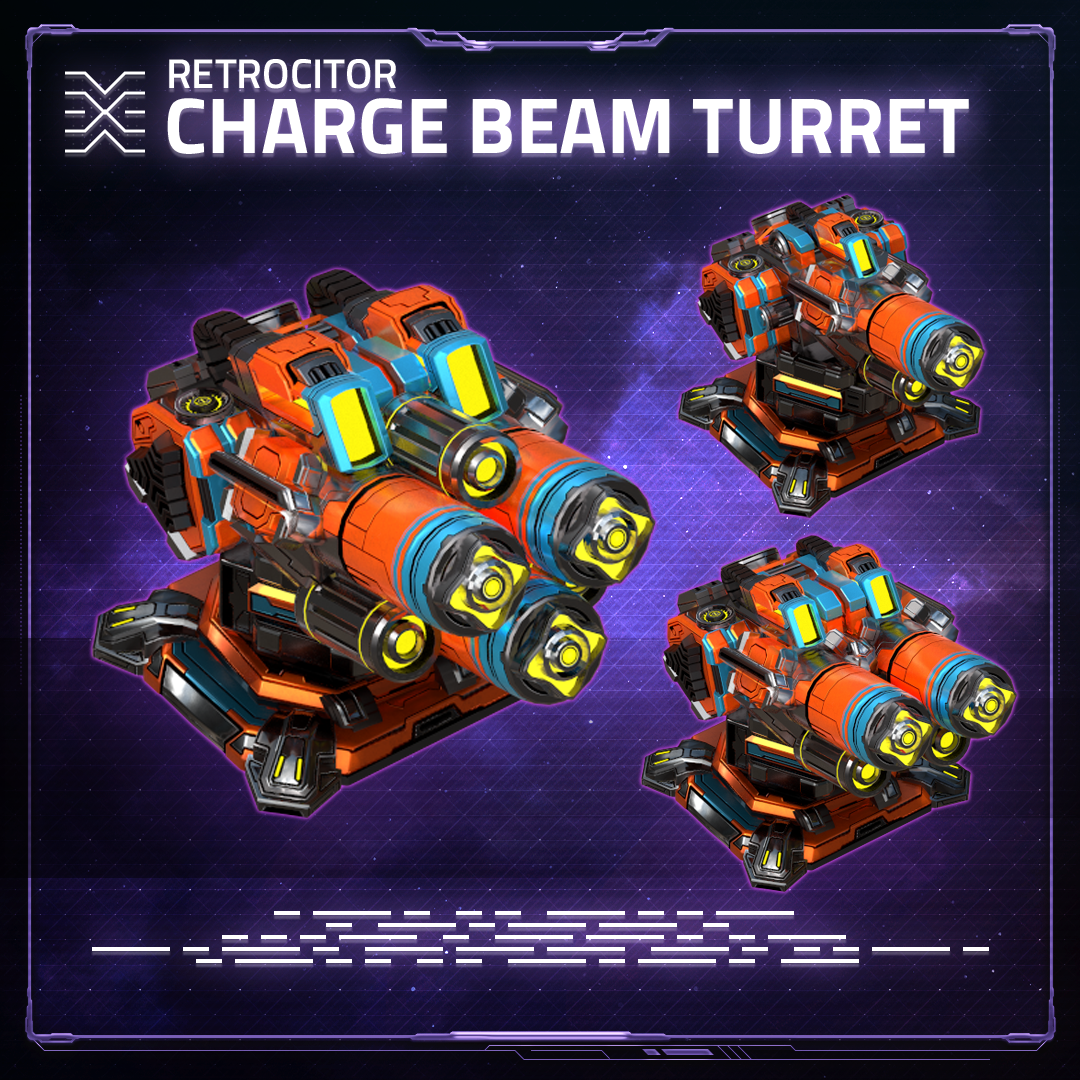 Bring the Charge Beam to your base with these repurposed weapons. Boost your base defenses with this Energy turret.

The Retrocitor Dissipators are a new set of base dissipators, all of a single level and be featured as RIs to be used and refitted to multiple modules as needed. These resistors have a single damage type resistance (Energy, Kinetic, and Explosive). These resistors will feature the high resistances found on Rebel resistors while improving upon weight efficiency. 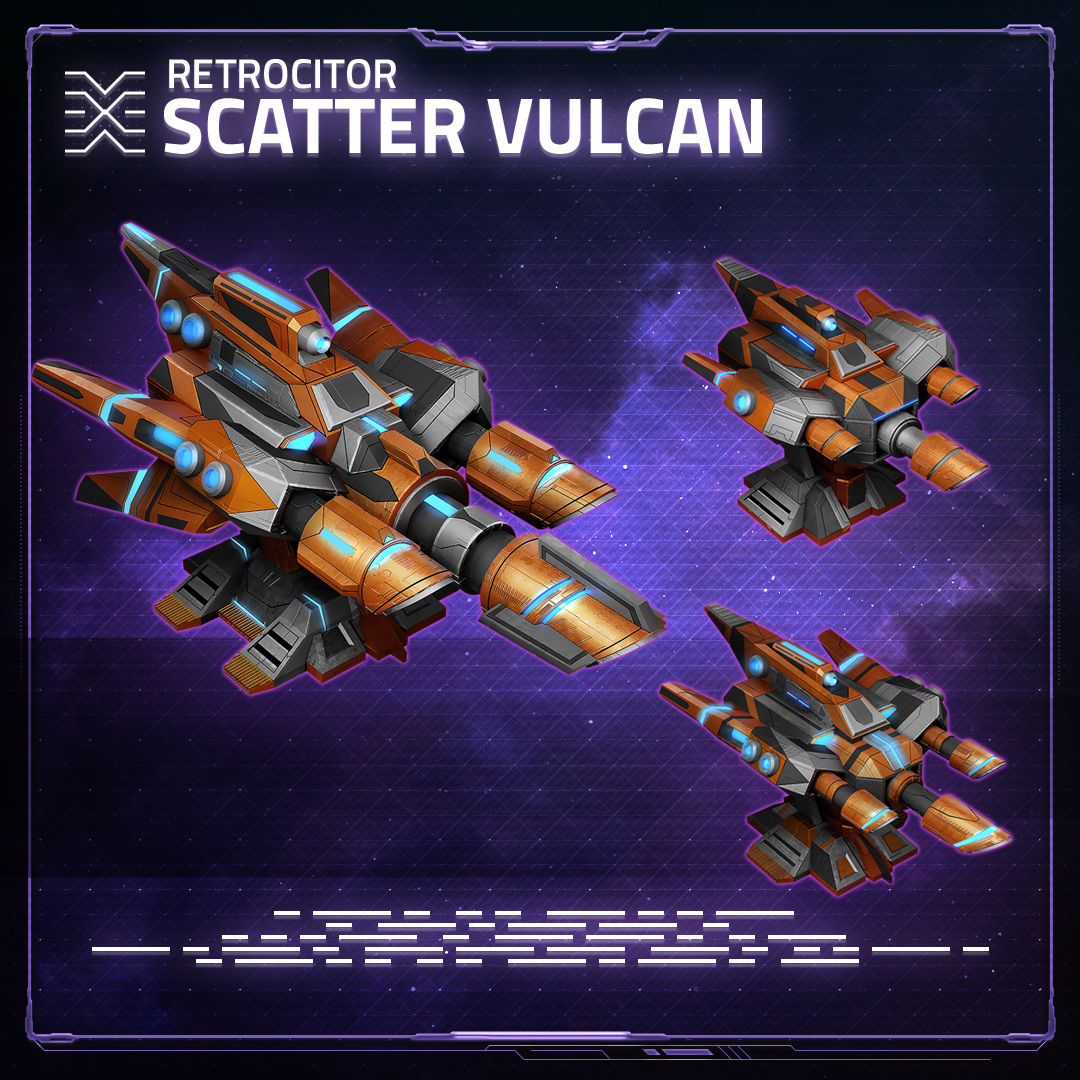 It’s fast firing, short-range Kinetic weapon. It's the Scatter Vulcan! With a high rate of fire, burst, and projectile speed, use Scatter Vulcan to shred enemies from close range. Armed with piercing projectiles, it makes quick work of swarms and spawned ships. 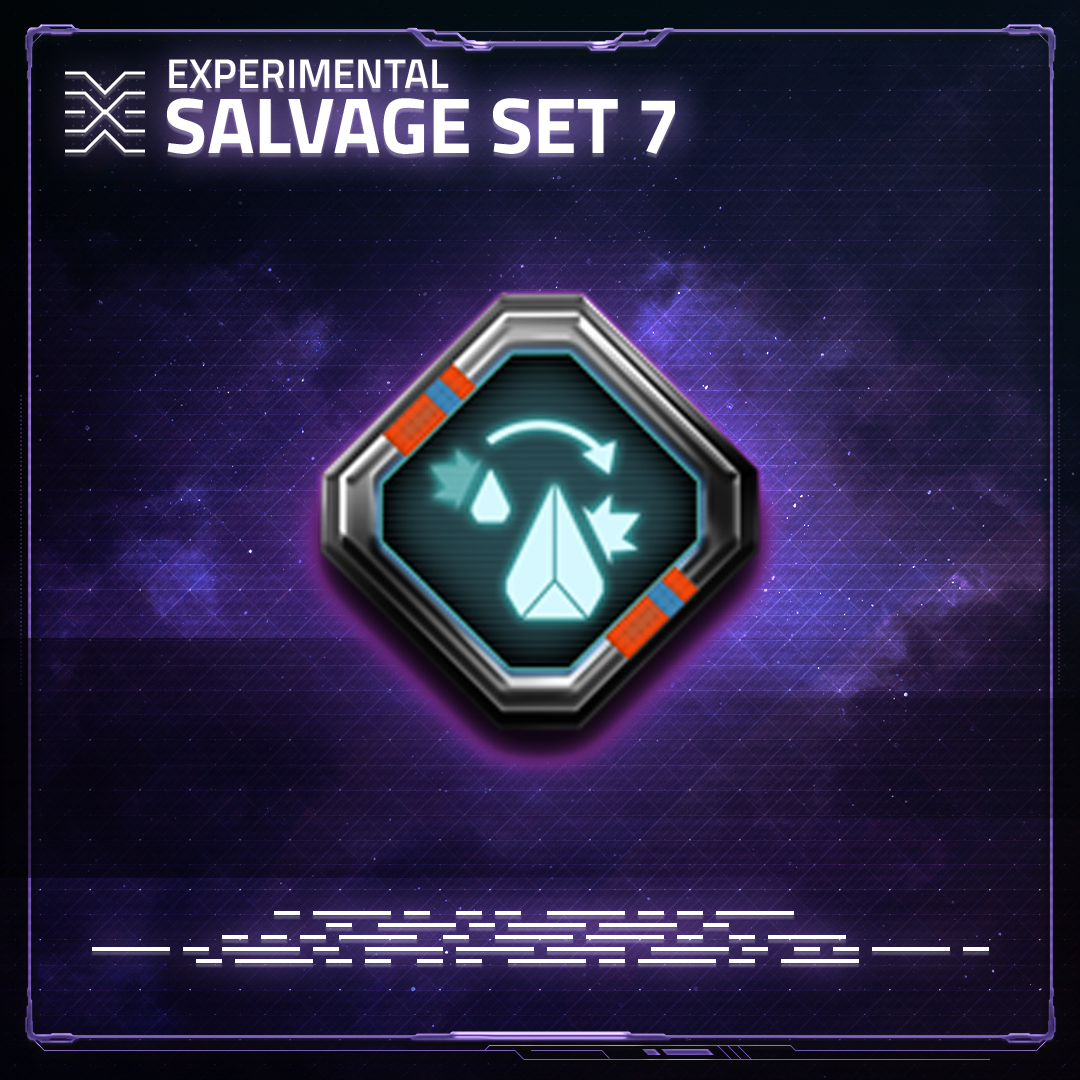 Data Changes:
1
This discussion has been closed.