This guide is designed to help new players quickly move up the ladder in VEGA Conflict, covering everything from a player's first day to obtaining the bare-bones technology of the latest tier in the game. Refer to the dependency graphs in the appendix for a visual overview.

Scroll to the bottom to view the changelog.

You can discuss about the guide and ask questions in this thread: https://www.kixeye.com/forum/discussion/768734

By the time you complete the starting tutorial, you should already know how to browse available missions, upgrade a module, launch a fleet, attack a target, then recall and repair it. After the tutorial is done, you should continue focusing on completing missions as they help you get familiar with the game. Here is a list of basic missions:

From here on, you can probably complete the remaining missions without extra guidance. Note that you have a limited number of mission slots, so you should clear out old missions to keep receiving new ones.


For your information, here are annotations for each button in the main UI when the game is run on a PC: 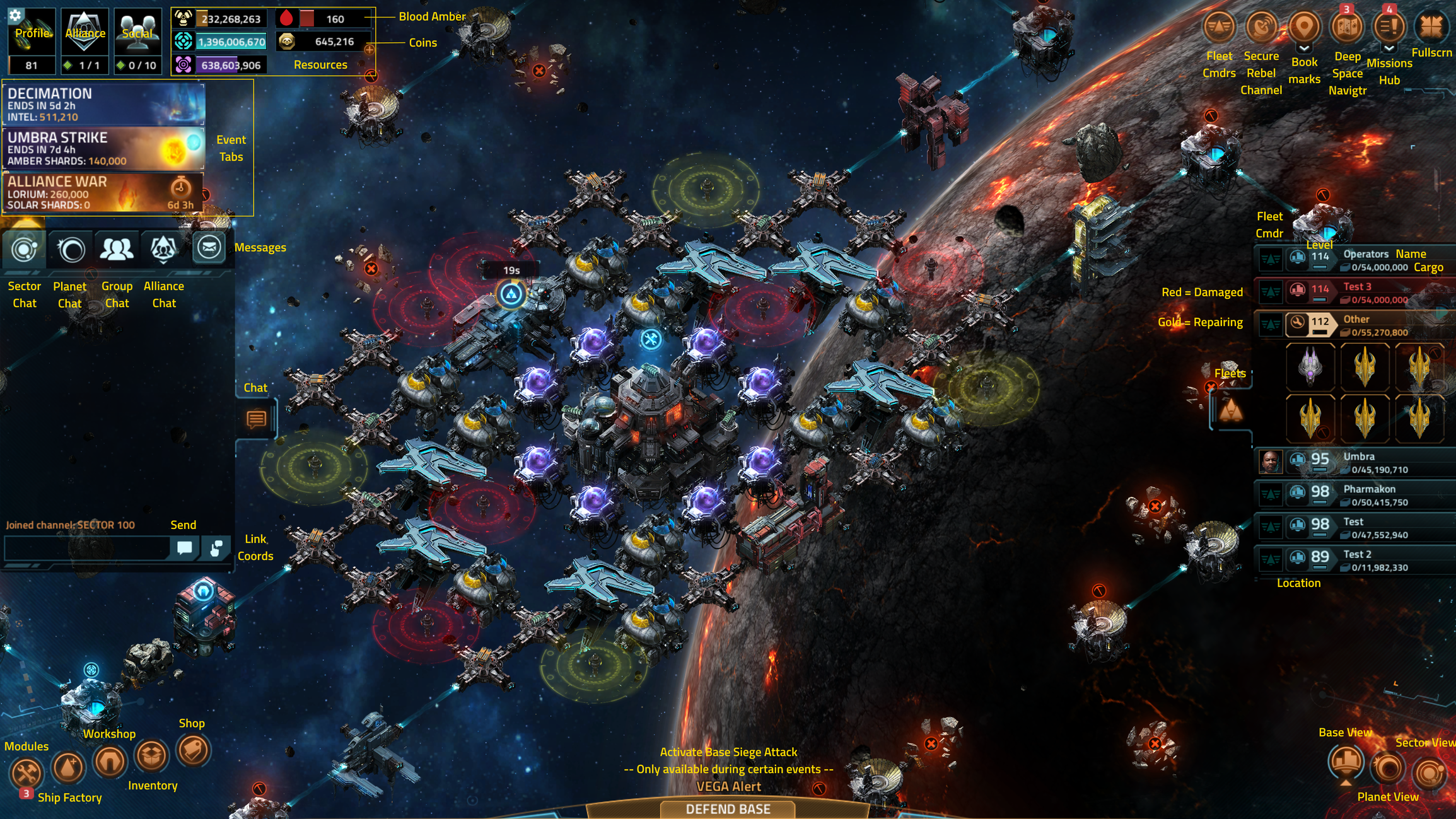 Moreover, the four pop-up menu buttons can be selected using the Q, W, E, R keys respectively from left to right. Refer to this thread for a list of hotkeys.

The interface for the mobile application is similar, but the buttons at the bottom left and bottom right of the screen only show up when you click on "Build" and "Navigate" respectively. All buttons have the same meaning as on PC: 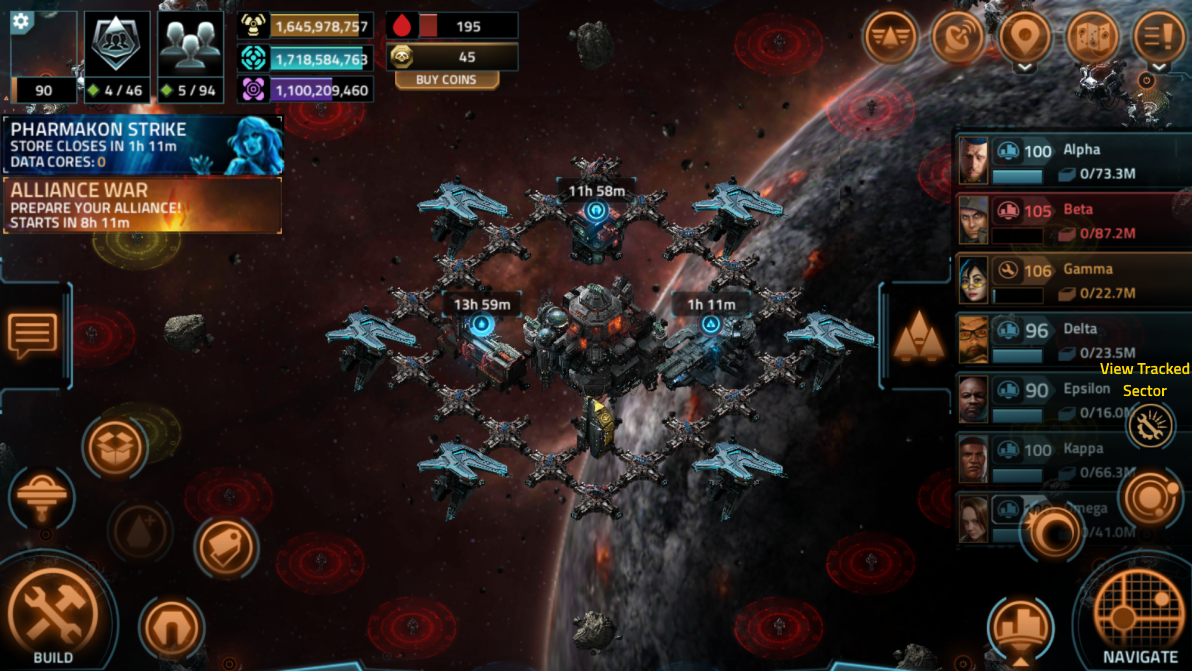 Also note that the chat on mobile scrolls in the reverse order, such that newer messages appear at the top.


As in other RTS games, VEGA Conflict features several queues which represent an ongoing process. Although each queue can only process one item at a time, they can be run concurrently as long as they do not involve the same module (exceptions are marked with *). Here is a list of queues in the game:
*Fleet Repair can be done when the Fleet Bay is being refitted, upgraded or repaired.
*All modules are repaired concurrently.

You may be wondering what those "X HR <Ship|Module> <Upgrade|Refit>" rewards from the basic missions are for. These are called "Time Tokens", which are single-use items that act as a fast-forward button for one of the aforementioned queues. You can browse them in your Inventory by clicking on the corresponding button at the bottom left of your screen, then swapping to the "Time Tokens" tab. The duration displayed (other than the item name) is the time remaining before each token expires. Make sure you use them before that happens!


Before continuing, you should also check out the official guides from the Secure Rebel Channel (top right of screen). Click on the "Tutorials" tab and start reading from the bottom up. There are also guides for the alliance system and friend management under the "Community" tab.


If you have any further questions after reading this guide, feel free to join the VEGA Conflict Discord: https://discord.gg/9UMYMYD

How to Survive PvP

Some new players may get harassed by older players, and unfortunately, this sometimes results in the former quitting the game. In fact, a significant chunk of end-game players view newbies as fresh meat. Here are some simple yet very effective rules to preventing that from happening (some may not make sense until you read further along the guide).
You should also be aware of the PvP Gating and Escort Mechanics, which together determine what can be attacked by a fleet.

This section sets out the tasks you should do during the your first day after account creation.

[Quick Note]
Upon account creation, new players have a 15-day "Startup Bonus" which grants a massive time reduction for various queues. In addition, the base is protected by a Defense Matrix for 7 days or until the new player attacks another player (you can see the timer under the Base View or Navigate button, depending on whether you are on PC or mobile), rendering it immune to attack by other players. Missing this window of opportunity will greatly slow down your rate of progress, so it is crucial to make the most out of it.

There isn't that much to do in the first few days. You just have to obtain the following technologies within the first two days:
If you have difficulties finding a specific NPC target, you should select it, then select "Tag" from the pop-up menu. This adds an entry to the Bookmarks menu under the "Tags" tab, which you can click on in order to let the game find the next target automatically.

You should train Commander Sybil at all times to boost your resource gain.
Take note that you can remove individual ships from a fleet in order to decrease the repair time to under the 5-minute mark, allowing you to instantly repair each ship individually for free.
Once you have obtained the required technologies, build a full fleet (6 ships) of Harrier Frigates, each containing 2x Rail Driver II, 1x Plasteel I and 1x Spectral Shield I. 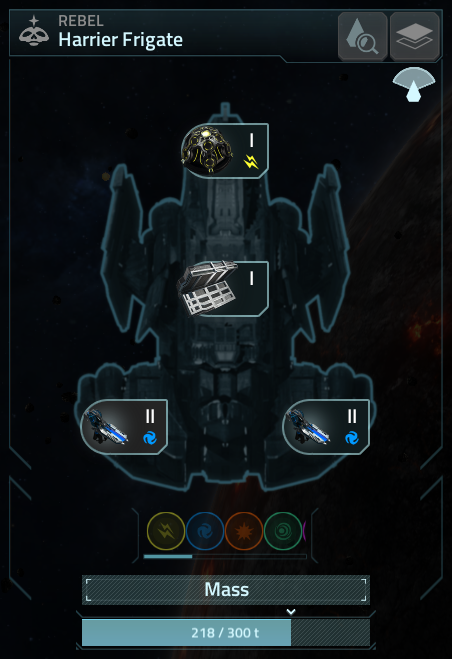 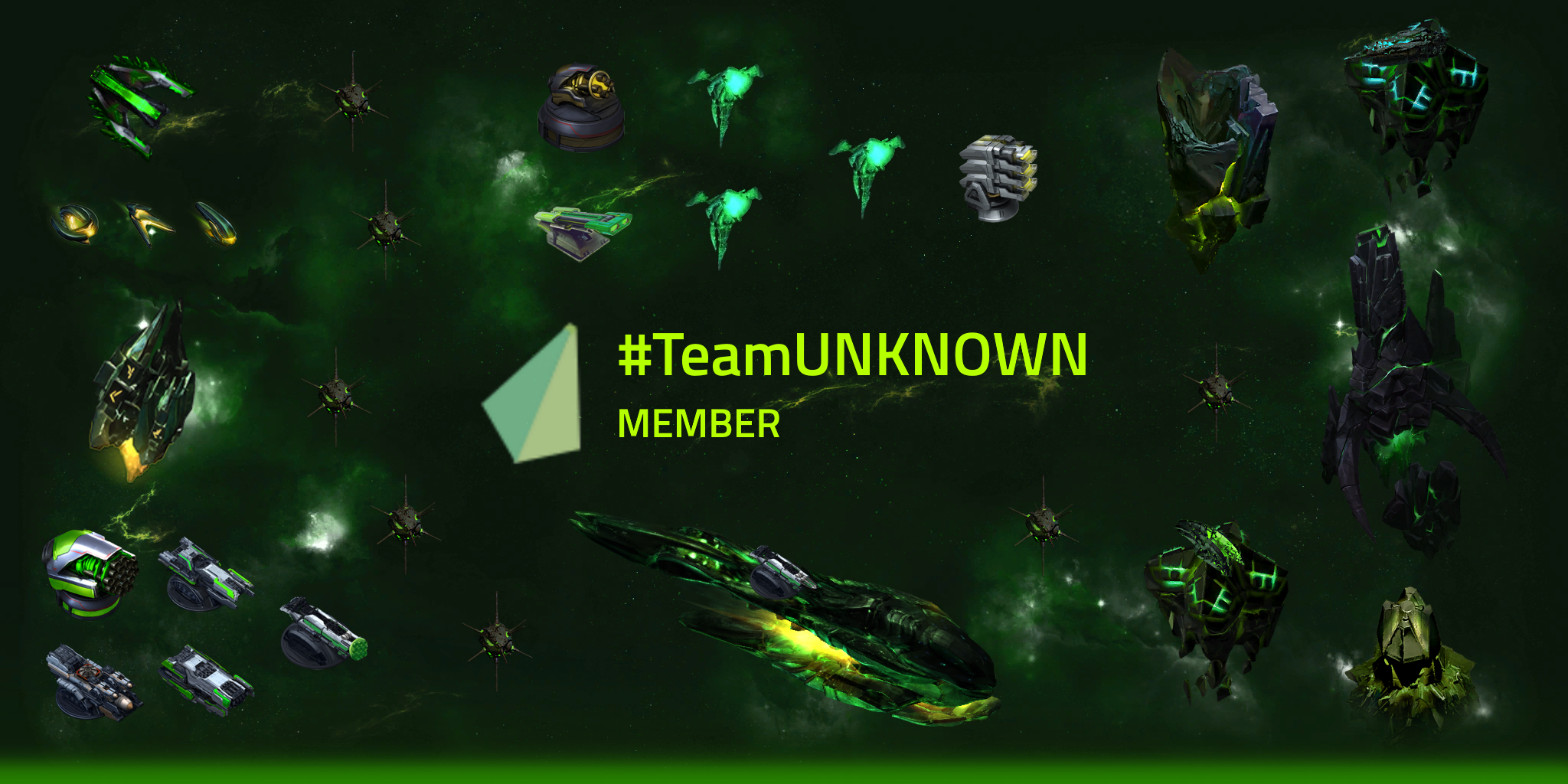