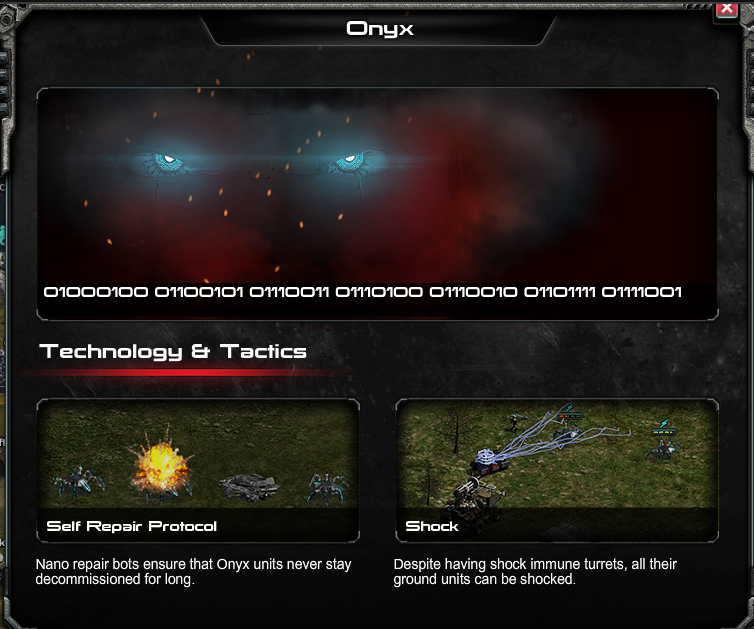 overall the biggest thing to note is that most bases are "buildings only required" bases, meaning you can complete them even if you haven't killed a single onyx unit, which also means that targeting a building should always take priority over an onyx unit

Machanical: faction is extremely weak to shock but are immune to turncoat and concussion.
Re-spawn: "if the corpse your standing near begins to glow...dont stand near the corpse" 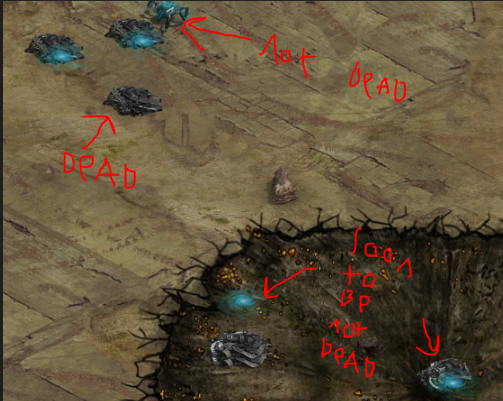 Quickfire protocol-when respawning inside a ds aura spiders will often be able to get a cheap shot off before the aura triggers.
failsafe sensors- units that do not have ranged weapons are immune to scramble 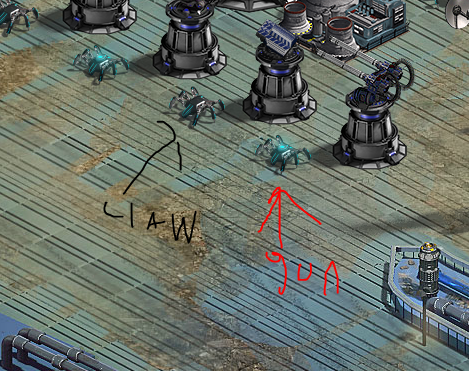 the small spiders without a "glow" to them are armed with...their arms, they run at about 4.2 in terms of speed which means move and shoot units will be mostly safe from them but only just out of reach so dont stop for too long. they are however extremely efficient at eliminating infantry units

note: beware of leaping from the standard spider,this attack is potentially the longest range attack available to onyx`s forces and causes the spider to become temporarily untargetable, a quick semi-circle with your move and shoot units can be used to dodge this so long as you keep an eye on them.


"glowers" are considerably slower and dont appear to have much in terms of range but if your caught in it they dont miss,
as most of them mindlessly follow the nearest allied unit (airborne or otherwise) ive found dealing with these is best done by distracting them and create an opening in the Onyx lines for other troops to rush into.

^WASP
*in order to achieve flight they use a smaller, less damaging variant of a plasma gun held by glowers, though to compensate for this they appear in large numbers

*wasps are highly resistant to the damage of furies
*wasps appear to not have onyx`s ability to respawn during battle but respawn after the battle ends. 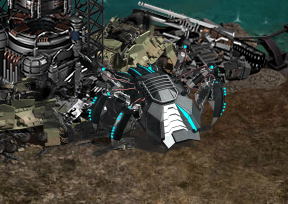 A) use air and go around them
B ) use a shock tech to immobilize them
C) draw them out to an open space and drive around them.
(these apply with most big bugs)

Furrow spider
*extremely slow often stationary variation on the BAS
*has high damage melee attack
*spawns Wasps (6) at the start of the battle
wasps spawned this way are destroyed when there are no player units deployed. 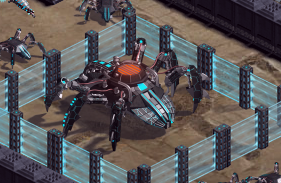 "Red Widow"
*roughly equivalent to a nemesis from the forces of kane,
*they are nearly unkillable and can one shot nearly all units
*they are slow however and when they move they are quickly countered by drawing them out into the open and driving around them (just keep an eye on them as they wander back) 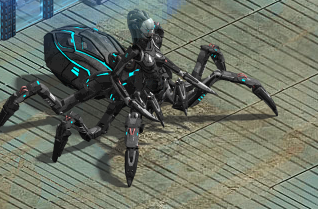 Onyx...the big bad of the events
Onyx has a special plasma gun that does full damage despite distance and is capable of targeting both heralds and ground troops with high damage splash to boot, however she gets easily distracted by drones and other high priority units. 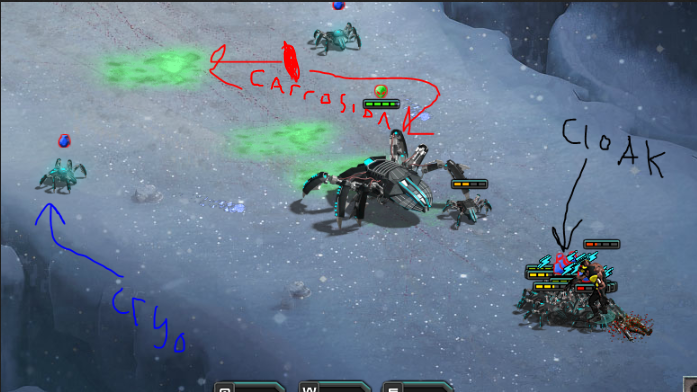 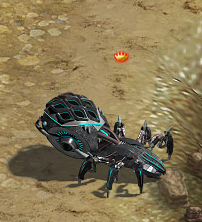 2 on the glowers-
1 which changes their gun from a plasma launcher to a cryo launcher-and is represented by a grenade.
the other makes it a dedicated aa gun with purple plasma represented by the white saint sign

1 on the B.A.S. which leaves behind a corrosive puddle as the B.A.S walks, -represented by an alien head

and 1 on the furrowed which appears to change it`s wasp spawn from a static 6 that spawn at once to an unlimited amount that spawn slowly as the battle progresses, [these wasps dont die without player units]

Taking out power plants is Highly recommended before charging at onyx turrets in every possible instance. 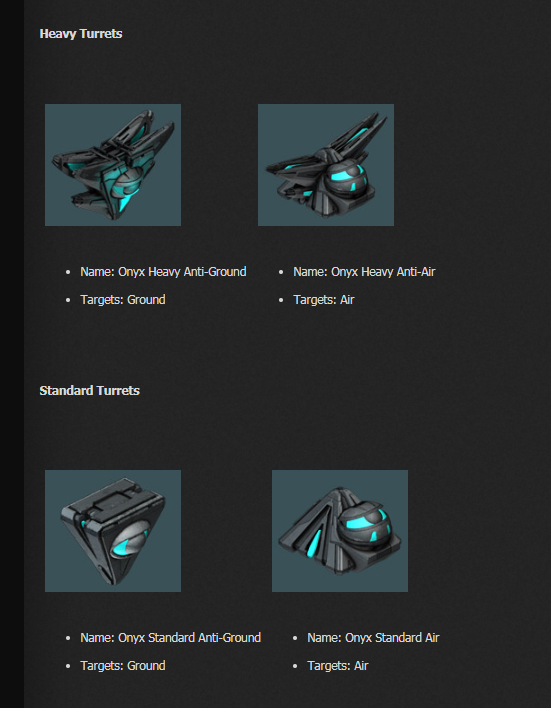 the "towers" can sometimes be a pain...but these ones stay dead

*anti ground cannons are comparable to that of an over-watch turret,
due to the overwatch like spread created by turrets damage is inconsistent,

AA cannons work much the same way but with inverse targeting.
be careful as most air will be wiped out by the heavy aa cannon. 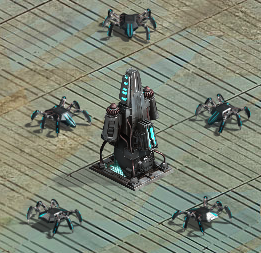 The emitter tower is a passive building that allows onyx troops to respawn, once taken out onyx troops are unable to repair for the rest of the battle 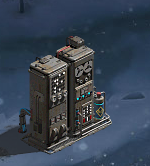 Footnotes
* onyx buildings often do not produce last stand defenders making them immune to the effects of plague.