So Kixeye just broke Pharmakon and phasing what now?

EQUINOX 600
Strike-force Captain
Joined May 2012 Posts: 828
4 Nov 2019, 12:35PM
So v2 is now live and it utterly breaks the point of Pharmakon and its phasing ability ( I see why Kixeye are so proud ) lol, yes the fleet linking is a good aspect as this stops people pulling a ship out of sync but now both player and ai fleets can target and fire at you while phased, the whole point of phasing as sold to us by Kixeye was that your ships phase and cant fire or be targeted to allow you time to ether close the gap or pull back to regroup, now after V2 Pharmakon ships are basically like any other only now sometimes they have less DPS / people can clearly see you and rush you / fast AI fleets can now rush you.

Anyway as the title says " what now" so I guess the question is what can Pharmakon be used for now or what phase changes could be proposed or what fleet set ups might make things a little better? 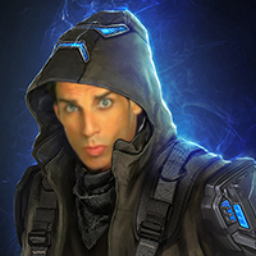 Those ships are silly the people would need to be the size of ants to use them.
5
Sign In or Register to comment.