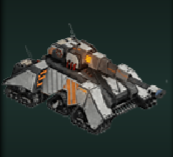 Another great unit the ACE, you high altitude thumb controlled death trap drops fire'y flames on those dead skin cells turning them into ash in seconds ( Napalm not included ) ( Currently not available in stores ), don't have one to bad for you. 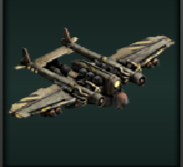 Those defense waves 3, 4, and 5, just skip them  ( their unbeatable ) those zombie squadrons are just impossible to shoot down, just take out every fire defense unit you have for defending one and two. Then just use the annihilator to steam roll all the rest of those suckers.

WARNING
There only two zombies you have to be aware of the flaming zombie, and the rocket zombie.

The fire zombie will tear to pieces any infantry and a good den't in to vehicles who get to close, and are also fire proof ( the irony ), too bad you can't get fire proof by lighting your units on fire

next is the rocket zombie, better to call it the, rocket controlled leg crawler, this smart missile uses its zombie to locate air born skin cells, controlling it with food at the end of a stick and its outrageous payload to tear your flying metal boxes to shreds.

then their is the exploding zombie, ( who know exploding flesh could dent metal so badly 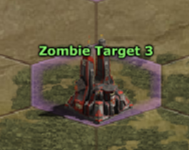 Do the zombie track, the first target does not even require a zombie ( I  blame disposal ), and then on target two all you have to do is send that zombie up the sentinels rear flank, and free your prisoners and you win,

The third target is simple just visit the "True believers" and take their offerings ( and then take some more) 1 zombie required.

Target 4 is going to be your old pale "Corpus", also leave Sasha alone will you she lost her father last year.

This one will require less lazy and more brains.
Now lets pay Nyx a visit, Your going to have to send some jumpers to the left and right wings to take care of those annoying guys on the side, and        you will want to use a rocket zombie to swat those annoying birds, after that just send a walker behind the base and destory those air turrets ( they     did not need them ) or you can just send a boss zombie but that wasteful .

Target 5 is also easy just send "1 Boss Zombie" and a "Catapult" to your friends the "Survivors" ( not for long ) I know it hurts you to lose one of your toy catapults but you'll get more latter.

THE REWARD
Leading the Zombies to victory will give you 6 zombie squadrons, which have outrageous health, and will let you level anything you point them at, beware though they'll revolt right after. 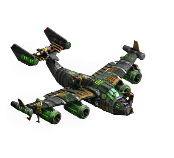 Your a new player or can't afford anything don't sweat you can earn 200,000 exp just by attack . .  saving your allies from zombie ( substantial collateral damage may accrue )

Note: Not responsible for fatalities, loss of assets, dismemberment, becoming part of a hive mind, miss information, this as is not a how to guide, just premotional material, not responsible for outdated martial or to be taken as a guide to survive the zombie apocalypse. This is just a joke don't take it seriously
Have a good day.
1
Sign In or Register to comment.