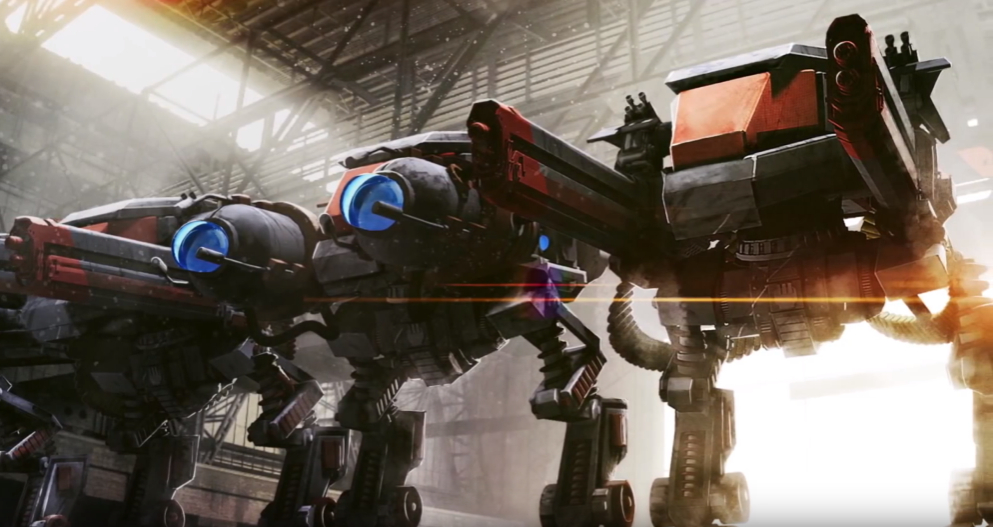 Operation Iron March: MAYHEM builds a massive army to invade the sector,the commander is met with an overwhelmingly powerful force,but a mysterious figure offers the support of his mechs to stop the Iron March.

Iron Reign- MAYHEM,Armored Corps, and the Highway Zealots form the superpower confederacy "Ironstrike" in responce to the destructive capabilities of the recently unveiled mechs, even with the first wave gone Odin's forces seem endless as local commanders deploy across the sector.

Undead Swarm- with Odin's tide of flesh rendered a feast for crows Kane unleashes the zombie virus to make use of the endless ranks of dead, Goro, leader of the Ryu Kai, assists us by bringing forth fire based weapons from the Ryu Kai arsenal.

Dragon's Oath-Ironstrike is defeated aswell as Kane's zombie army, yet Ryu Kai forces continue to enter and wage war on the sector.

Inferno-Ryu Kai forces have begun to build Castles within the sector to secure any land they managed to take in their betrayal.

Afterburn-The war continues and the Ryu Kai begin to loose their steam, becoming increasingly reliant on their Fortresses as their mechs are stretched to the limits.

Scorched earth- seeing the impending defeat Goro musters together whatever they can including revealing their most powerful weapon the "Ronin" class mech, win or lose hes preparing to make one last push into the sector.

*The Ryu Kai are defeated by the commander and are forced to abandon most of the sector, with only a few outlying strongholds remaining*

*Years following their defeat, just before Operation: Resurrection Kane's forces are seen engaging several Ryu Kai bases that had dotted the map Getting rid of an old adversary before attempting to bring back their master.

Exiled Honor: After years of exile the Ryu Kai return with a series of attacks on unarmed survivor civilians

when asked Goro says they needed those resources for the life or death of all Ryu Kai and that it is impossible for them to return to their home sector. 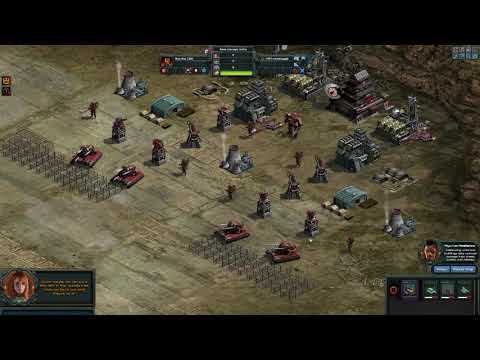 the trait is wrong in that the Ryu Kai are NOT weak to fire damage as this video demonstrates: 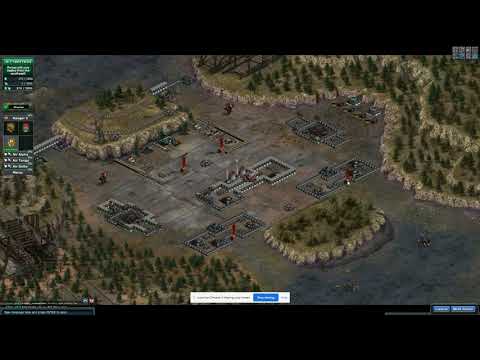 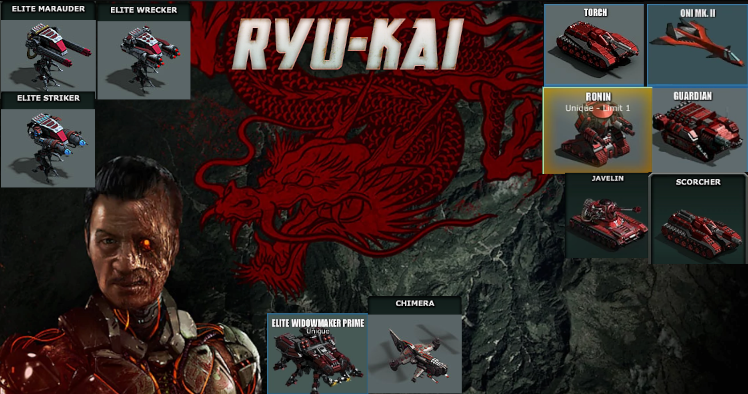 Mercenaries (single use units designed by the RK to drop down behind enemy lines)
*All mercs are immune to shock.

Targets: land and air
Range:[525]
Damage type:appears to be sustain, then fire with flamethrower

Abilities:  fires machine gun in 3 round bursts until 50% hp then switches to flamethrower in short bursts which appears to turn their damage from sustain to fire, the flamethrower has small amounts of splash but does not appy napalm.
Can enter into bunkers with 100 capacity


Vulnerable Statuses:concussion,napalm,plague,carrosion,smoked
Statuses immune to: :Shock,Scramble  cryo[status symbol appears but no decrease in speed is seen]

when within bunkers Enshin are vary deadly and to be avoided at all costs.

Targets: land and air
Range: [~400] (appears to be close to 500 when firing against air 500*.2=100 added range vs air, will need further confirmation)
Damage type: sustain
Abilities:

Abilities:fires cannon until 50% hp when it switches to flamethrower

slowed by dragon's teeth so this unit counts as a vehicle.

Abilities: Capable of shooting controller drones out of the air, has splash so is able to damage multiple small craft at once.

Abilities: fires a 3 round clip that applies the napalm effect 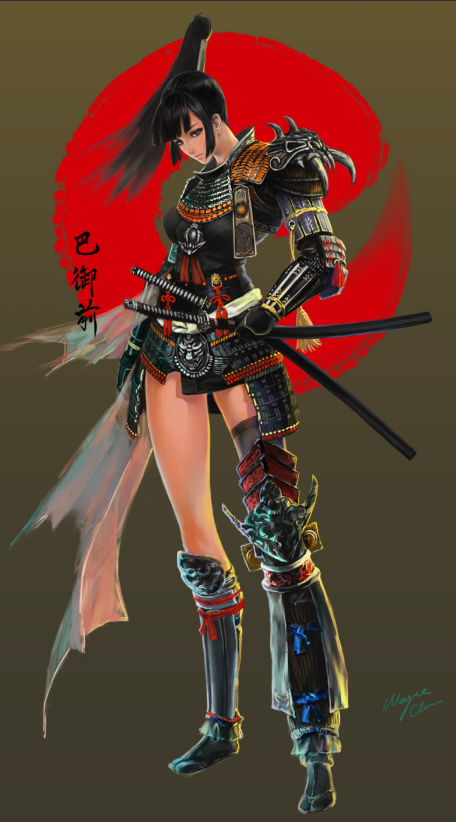 flame grate burns for 10s then is cold for 10s
Rather than applying damage like Eastern Horde grates ryu kai flame grates apply a napalm effect. 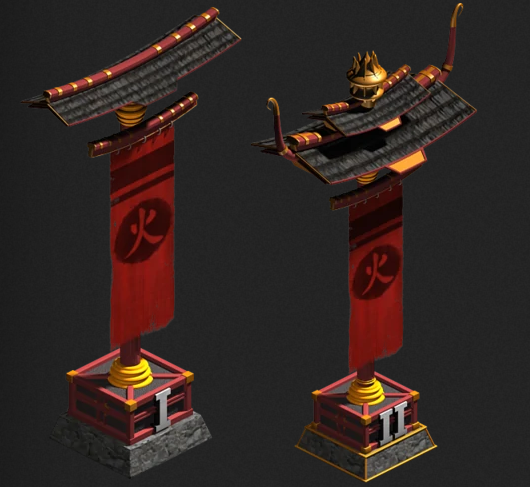