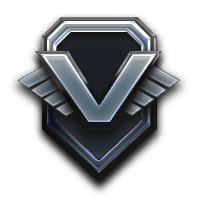 For 1000s of  years the New Frontier had excited humanity, Curious, and ambitious. which has time and time again, caught the attention of man's gaze for the ages.

Yet even before the Arrival of Man, The Void would be  was known as a hostile place. Its deadly solar winds and Scorching temperatures met with unpredictable stellar events, its beautiful gaze of the starry night captivated mankind for centuries, mapping down everything they saw in this beautiful sky, Hoping that one day. Man in all of it's glory would Unite, that they would put away the childish things that made them unworthy of the Cosmos.

both beautiful and devastating in power this Hostile wilderness of the New Frontier brought rise to new competition, the gold rush of space Colonization.

While this new frontier brought the promises to Earth's problems of Overpopulation, world conflicts, Resource wars, and Nuclear conflicts, the governments of the world began looking for a new solution to these problems, both struck down with Grievances and short manpower however. They were left without much choice but to give up hope, they almost did when the VEGA Corporation reached out, offering to end all their problems, and turn Earth into a remarkable Eden, while the rest of humanity made their mark into the stars.

Those who stayed on earth were VEGA Loyalists and Those who accepted had supprted VEGA in the past. Still however there were those who resisted the growing reach of this new Corporation. And a Movement of different states, rebel groups and had mobilized against them. Unbeknown they had no idea what they were up against.

The war had quickly ended, with Government backing from nations such as the United States, China, and other first world nations in Europe and VEGA's wide access to private Military Corporations at it's fingertips. This accompanied by their Massive ranks brought under one central PMC known as VEGA Security or VSEC quickly wiped out the rebellious nations, Banishing them to Planetary Exile, condemned to work on VEGA's Various mining Operations in the stars.

They become the ancestors of the Rebellion. a defeated and silenced people who on their backs built the VEGA Federation's vast Empire in the stars.  Turning on governments that had back them, VEGA had assumed full control of the Earth, Changing into a Federation that begun it's plans for Sending the Exiled into space as their workforce to the stars. 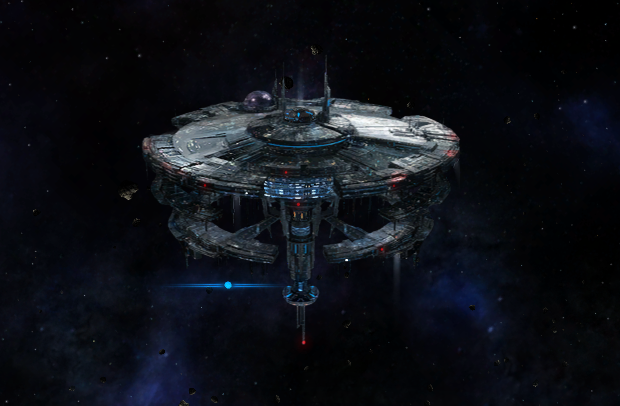 It was the vast resources and Processing Complexes Under the VEGA federation, that spilled fourth an endless supply for mankind to colonize the stars.  Whom quickly exploited this monopoly to unite the Human race under one Banner to colonize the stars, and span mankind's firs interstellar Empire.

it was here that the High Council had begun to Colonize outer space, and Set miners to multiple sectors throughout the Galaxy. sending their contracted manpower into new areas to set up more processing complexes, to Harvest each planet as well as construct a wide array of orbital platforms to further their mining efforts and provide any needs for VEGA such as refueling, Comforts, and Resources.

Fed by the Constant influx of resources, VEGA's Military reach expanded to dozens, if not Thousands of Military Outposts, 100s if not 1000s of new regions of space were now open to VEGA's reach, and There were prospects of moving forward as a species, colonizing new worlds and meeting new forms of life. United under the Federation banner as one. 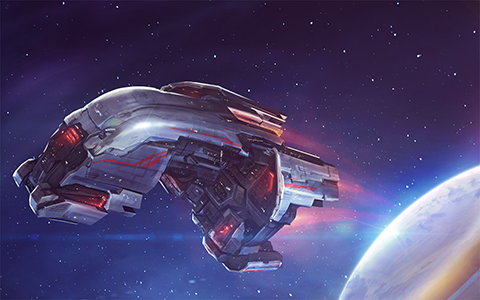 It's Prosperity had hid it's true intentions however when the Federation had discovered the use of a valuable substance known as Blood Ember, this mysterious substance was kept highly classified under the care of Larus Steinson. a Highly valued researcher of VEGA who worked in VSEC's weapon enhancement programs. and the works.

Life onboard these Orbital bases and complexes were often difficult and challenging, often faced with hardships and rough working conditions, they were expendable pawns to build the empire on their backs. VEGA didn't care. only if it got the job done.

VEGA's experiments into Blood ember had begun. And already they begun using prison populations that had been acquired into their research of this mysterious substance. not many people knew about this substance, those who do had no idea of where it came from. all that mattered was that Larus obtained more of it.

The Rebel bases that had once trusted VEGA were betrayed, and soon Enslaved and forced to work inhumane labor Quickly sparking an uprising of Rebel bases when VEGA send fleets to slaughter entire  bases for reasons seemingly unknown.

These attacks would not be tolerated for long, and In short time Bases under attack had remnant forces who had escaped to other bases to warn them of VEGA's Treachery. Resulting in many bases being fortified and having the mining vessels at their disposal to Begin acting as a Militia style force against VEGA.

When VEGA sought to gain a large quantity of the Blood amber, the rebels were waiting for them, decimating the fleet and Beginning the VEGA conflict. 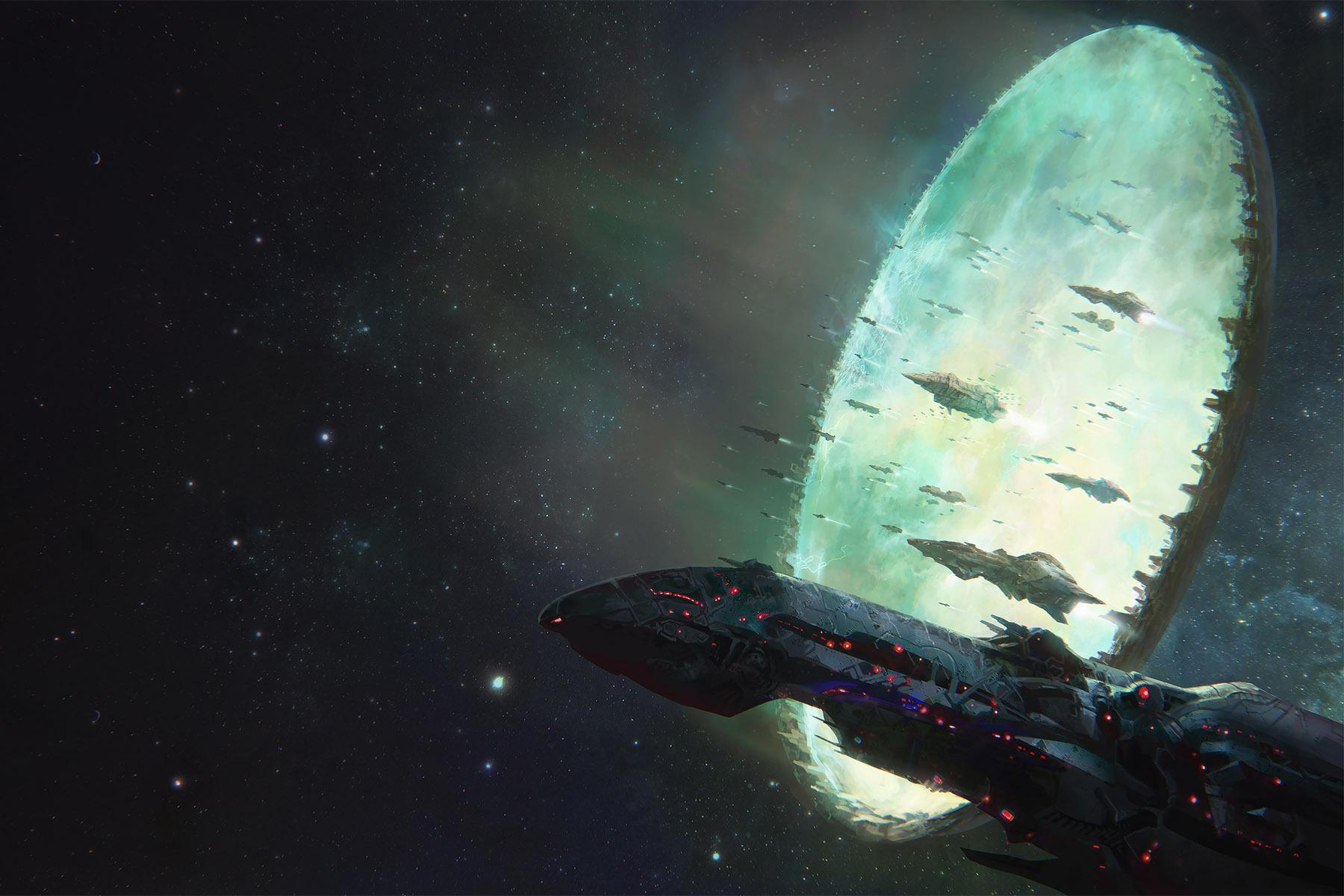 Compared to VEGA's superior power, the Rebels had at best, Ships that stood little chance against the Advanced Warships
VEGA's primary source of Advanced technology, new Mysterious ships and Technology never before Possible being developed so fast had never been fully explained, but having been rumored to be the work of the mysterious substance of Blood Ember, and rumors of possession of Alien Technology found in Artifacts scattered throughout the Sectors.

The Rebellion's Decentralized Structure allowed for smaller Elite alliances to lead the fight against  VEGA and their Security forces,

Usually consisting of few Elite commanders of the Rebellion to lead entire bases under their command  These alliances were at odds with one another, And on occasion Civil wars would break out and splinter the Rebellion.

there was also a large disparity of equipment split between Rebel bases, Leaving Entire Alliances as nothing more than armed thugs with Ships, Blueprints for more advanced ships were not always available for fellow rebels, making a gold rush for Technology to be at play for many years. Some Alliances with the best technology often became Elitist seeing lesser rebels as opportunity to attack for resources. sometimes mirroring VEGA's Attacks on Defenseless bases many years ago. 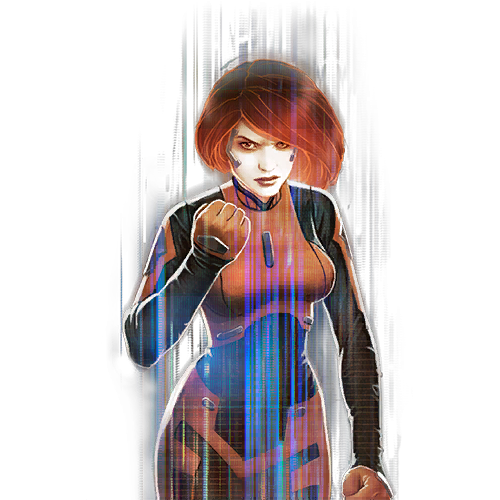 The Rebellion's message however remained unified even in the face of adversity, proving once again that the Message of the People would not be suppressed,and that VEGA failed to suppress the Rebellion no matter how hard they tried even against all odds Rebel forces would find themselves Usually fighting them off, seemingly saved from the graces of the Gods of the cosmos themselves.

The Rebellion professed a Philosophy of Revolution from VEGA's Tyranny, That the Frontier of mankind had been robbed from them by a collection of wealthy, greedy Enslavers. who put them under the boot of slavery, To bring down these Tyrants, the Common man should raise his fist to the VEGA Tyrants, and Create new Governing systems that Allowed people to live their Lives as they see fit. Little did VEGA know, These Prisons they were forced to work on became symbols of Strength.

"Today's affliction's become tomorrows glory, their crimes, and All their schemes become Engravings of the Annals of history, Their violence becomes our Strength, Our Pride. They can beat us down, drive us from our homes, rape our women, conscript our children, but they cannot break our soul. There shall come a day, a Day of reckoning where those who have wronged us will be answer for their crimes, that they will be paid in blood. For if thee oppress you, Pay him back 10 fold!"

By appealing to the needs of Oppressed miners all over the systems, and providing relief supplies in collaborated strikes such as Riots and Organized Efforts on a unified war effort, The majority of the Rebel occupied sectors became warzones between the new powers that be vs the Unrivaled forces of VSEC.

Led by Bishop, the VSEC acted as the Hounds of VEGA, who would go about and arrest any rebels they could, bring them in and use them for sick experiments that to this day, remain unknown. 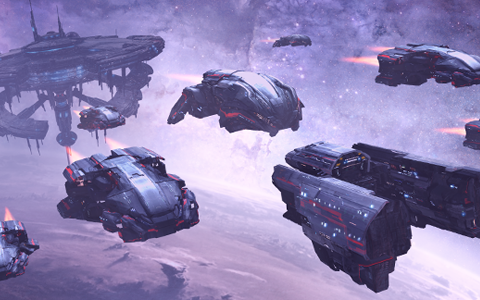 The rebellion, though just in it's cause was not without blame, when Rebel fleets of some of the most extreme elements of the Rebellion begin stealing from other Alliances, Enslaving Captured VEGA and other Rebel Personnel for sick inhumane purposes, sometimes reflecting the Brutally of VEGA itself.

While even the most seemingly noble of these Powerful alliances grew to rival VEGA, Infighting and civil wars broke out often between differing Rebel factions and Ideologies, Some Alliances even resulting to Unexpected base attacks, conscription of Other rebels, as well as other crimes,  even assassination of Rebel commanders. 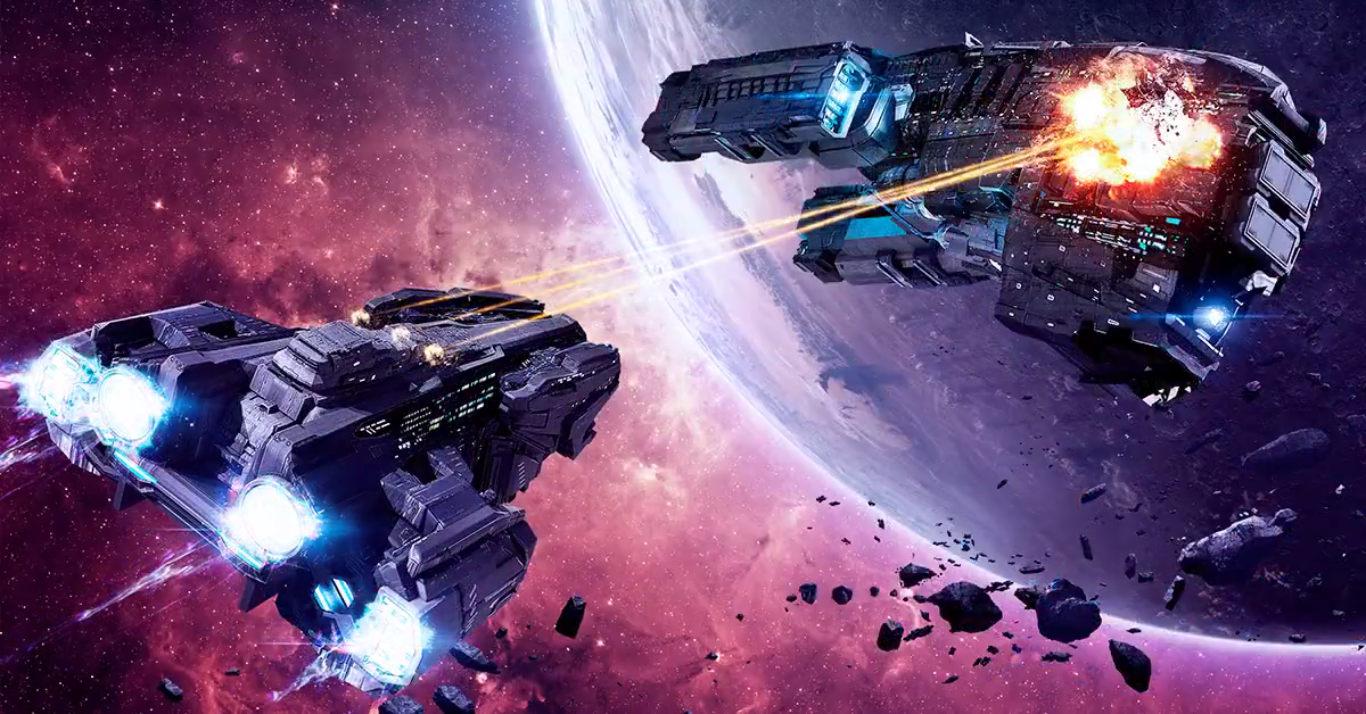 Even faced with these conflicts and betrayals of Allies, the Rebellion as a whole managed repel VEGA's attacks with the  help of it's Iron Star allies who through sheer strength and new technology in the hands of the rebellion, it had seemed that the war was quickly going to end.

Eventually, the Rebellion's efforts, and refusal to die made VEGA's elite Cabinet of leaders and advisors Finally respond with a proper declaration of war, No longer would VEGA attempt to Reclaim the Rebel bases that were scattered throughout the Cosmos, but would be hell bent on Complete and total annihilation, and Thus the Demon Corps was born. 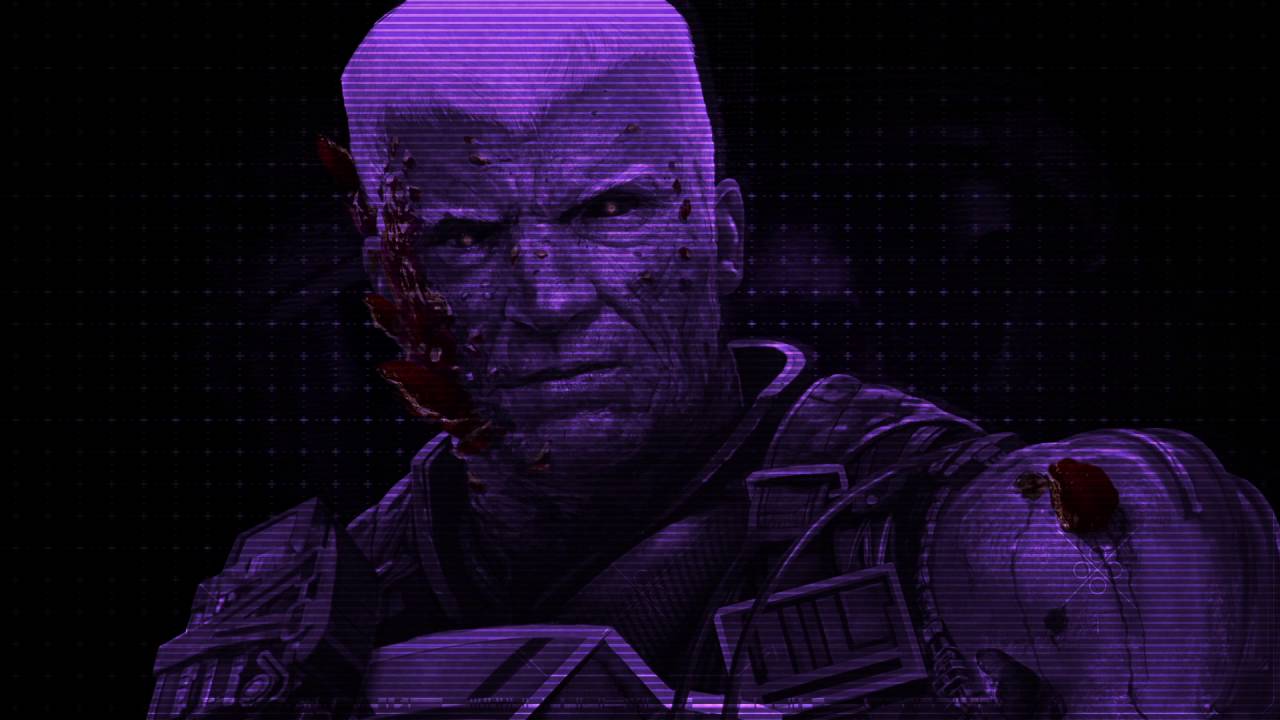 General Geir, a Result of viscous Blood Ember experiments had embarked on a scorched earth campaign to fulfill this campaign, whilst performing dangerous acts of  human experimentation Decimating most of the Iron Star forces, crushing hopes of a quick victory any time soon. Now VEGA once again had the other hands, And the ISC was left to contend out gunned, outclassed, and outnumbered by the Demon Corp's merciless campaign of genocide.

They swept through sectors everywhere, quickly making short work of the rebel forces, despite their claims of Total annihilation, Rebel bases became subject to being conquered by the Demon corps, Forcing their men to fight against other rebels, and submitting the women to sexual slavery, Imprisoning many of them beneath a glowing slave shield that only authorized vessels were permitted to escape. 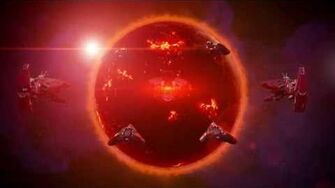 This led to a huge quantity of test subjects being available for his limitless experiments done in secret, ruling the frontier, and his word being the supreme law of Space, his plan was hidden so deviously that even VEGA's High council had no knowledge of his experiments in the dreaded Colony 47, many defenseless souls suffered greatly at the hands of the facility in an attempt to control a higher civilization to act as his pawns against the rebels. Speeding up the war against the rebels.
.
However it would be met with utter failure, First being caught by the VEGA High Council, Held prisoner and demanded to hand over his work on a New Top secret XENO Division. and second being stripped of his command over the Demon Corps. Geir was left with no choice but to flee from his captors, escaping and taking control of a fleet of ships, he and those loyal to him quickly overtook the VEGA fleets sent to Colony 47, Taking with him, Many Demon Corps forces as well as his new XENO division prototypes, never to be seen again by VEGA.


2
This discussion has been closed.