The following Changes & Fixes have been applied on the Thursday 12/14 update.

The Verkraft threat is not yet eliminated. They’ve rallied and are launching an all-out assault on bases in the Sector. Defend against each Verkraft wave to earn Medals, Components, and Drakon Training Tokens. If you’re able to beat a wave in only one attempt, you earn an additional ‘Perfect’ prize. Click here to read the full Invasion Briefing.

A rogue group of Ravagers have taken over parts of the World Map! They have fully operational Siege Squadrons that threaten to throw the Sector into chaos. We need your help to stop them in their tracks. Click here to read the full Siege Squadron Boss Base Briefing.

Get a sneak peak at the Siege Squadron in action in the Spotlight Video below! 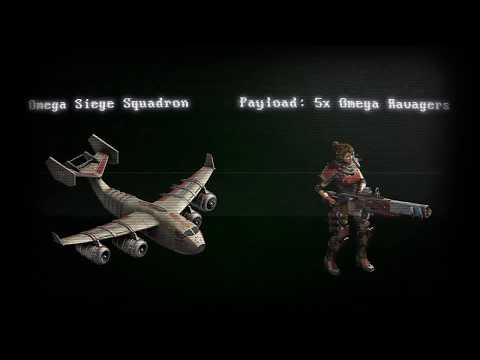 Various client performance improvements surrounding Bases and Platoons have been implemented, and now there is more caching for in-battle function results.

There is a known bug where some players will see an input delay when units first take damage, this is being worked on and will be fixed as soon as possible. This is a visual error only.

We will debut balancing updates beginning on Thursday evening Friday for the following Units.