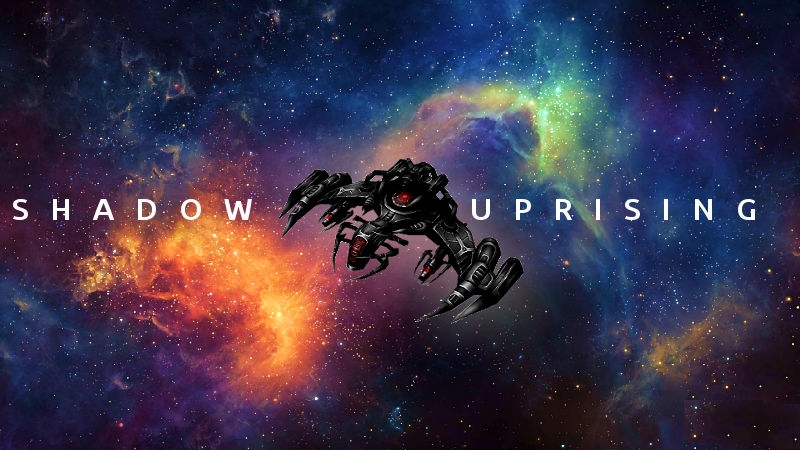 Rebels!
Forgotten bases are Mobilizing their Strike forces!
Their Forces are led by a mysterious Commander Gaul Who is set on A mission of unknown intent, He has been amassing Forgotten forces to Attack Rebel Bases and Disrupt our Operations amongst The recent Fight against the Aliens, making it that much harder for the Rebellion to fight back against VEGA and the Aliens.

The Forgotten are Mobilizing, Throwing A Combination of VSEC, VEGA, Iron Star, and Demon Corps hulls at us, Their Strike leader Gaul is Randomizing his Patterns in the Fleets of the Attacking Forces.

Intel reports some of these forces have obtained XENO Hulls. How they got them is still beyond us, making them all the more formidable adversary.

Some of These fleets are also reported being escorted by Unknown Frigates previously detected in Reconnaissance Reports , Which possess new weapons and Unprecedented Technology not Yet discovered by either the VEGA Federation or The Rebellion.

The technology offered in this Event will grant Rebel commanders a chance to catch up on some valuable Technology they may have missed out on, And gives new Lower Level plays a chance to get an abundance of much needed Tech as well, This Event will be intended to be a Sector Strike on crack, With intent of Providing as many catch up items as possible before Engaging in the Forgotten Season.

The Forgotten were introduced as a Concept Faction right before the AXIS Season begun, Any AXIS Prizes that may want to be added are to be considered.

NOTE: This Event will Run for 4 Days ahead instead of the usual 3 days Due to the sheer amount of Content in this Event, While this Event is going on, It would be wise to have a Mobilization or Decimation play into the later stages of this Event while this is occurring to not throw VC off it's schedule.

After this Event, the Next Forgotten events will be exclusively Focused on Forgotten Tech, Crafting for all factions will be available still, as well as resource exchange.