StuffyEvil
Potential Threat
Joined Sep 2016 Posts: 45
12 Nov 2016, 10:39PM edited 12 Nov 2016, 10:41PM
PvE bases can bring another element into the game as base attacks is only against players. Maybe Kixeye can finally put that Processing Complex into good use by allowing players to attack it maybe like co-op in an event/mini-event. 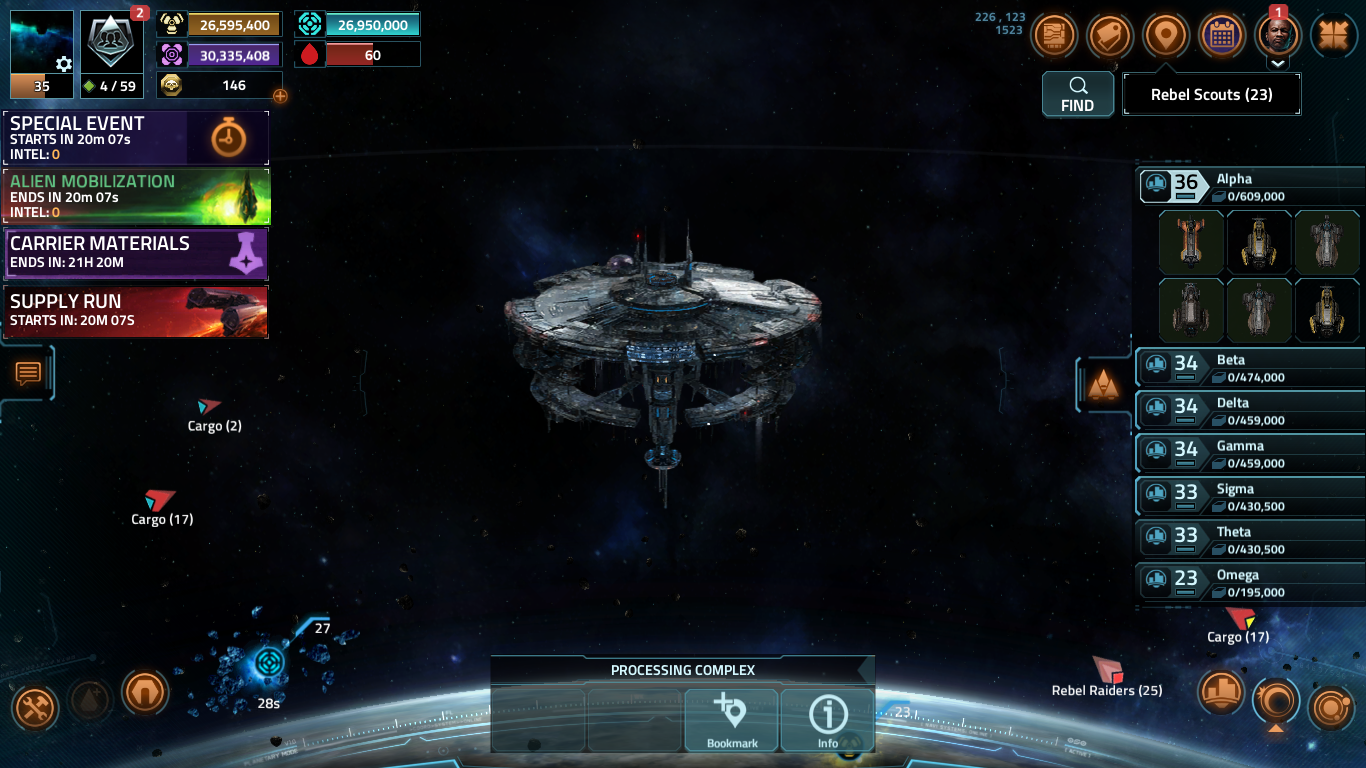 Another possibility is super slow platforms/rig in sectors that we can attack during events or normally. They can also be stationary outposts that players can also attack in planet or in sector. An element for them is that players can't attack right after, as the bases need time to repair but can be rewarded with a lot of points if it is during an event.