Why I was so upset?

It was not my intention to get anyone banned.


However, I was a bit outraged and sickened when I read the content of that thread.

I immediately tried to flag the specific posts that sparked my reaction, but discovered that I could not.
It turns out that one cannot so flag anything posted by a moderator.

THAT is when I became the most annoyed, as I felt, at that time in the 'heat of the moment', that hateful things were being put up with nothing I could do about it.

The specific thing that set me off was the mockery of the Jewish Holocaust in Europe in the 1940's.

Does anyone think that it would have been okay to mock the senseless deaths in France and Turkey caused by terrorists recently?
...How about the fate of Syrian refugees drowning in the Mediterranean?
...What about the victims in the USA on Sept 11, 2001?


Just because it happened longer ago does not make it somehow OK.
I took that thread's comments as an implicit statement that it is somehow acceptable to mock brutal murders of part of a helpless group that is different than yours.

THAT is why I lost it. My roommate in university had relatives that did not make out so well in Poland during WWII, so I took the specific comments (and the likely unconscious attitudes behind it) very poorly.


Again, I did not want to get someone banned.
I am sorry that that was part of what happened, but I am glad that that thread has been taken down. 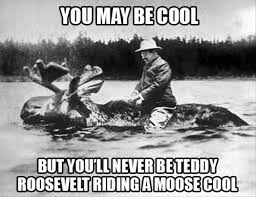