The commander- Someone isolate that signal.

The commander- We need to find out were WrongThinker was communicating from.

Soldier- We are trying sir but the signal is being jammed somehow.

The commander- Get me something anything. Preferably telling me were to send troops.

Soldier- Wait! We've just received some coordinates and something else. 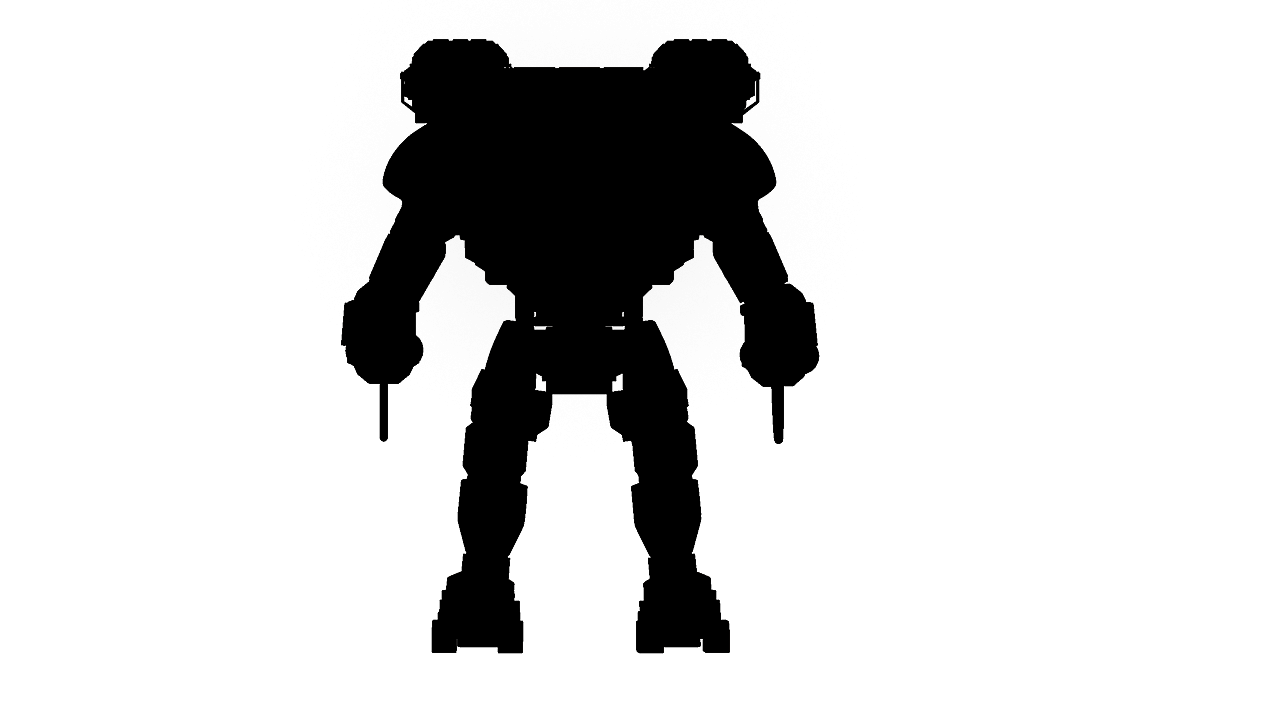 The commander- Would someone like to tell me, WHAT IM LOOKING AT HERE!

Lead operator- It is a black thing.

Sarkis- *sigh* it looks like the out line of a mech suit but not one i've seen.

Sarkis- Not to mention this one looks big very big.

The commander- so you think that WrongThinker was trying to warn us?

Sarkis- Yes I do but not just that he was probably telling you get ready because there is a storm coming.

Sarkis- it seems that this new tech is...wait, we are being hacked commander

Commander- well get them out of our systems

Sarkis- sorry sir, they fried everything, and took all info we had on this mech, but....

Sarkis- they left us a warning of sorts

Commander- what does it say

Sarkis- it says "don't you worry about our new toy, you will see him soon enough"

Commander- Sarkis Get me B.J. And if he doesn't come tell him that I taking his moped.

Sarkis- Yes sir, anyone else.

Commander- Yes bring me Doran and that new girl Deena, I think it's time she proves herself.

Sarkis- Yes sir. Doran- you sent for us commander

Deena- sir might i ask what all of this is for

Commander- we are under attack

Dante- by who sir

Commander- *sighs* we don't know yet

Commander- Anyway get to it.

Commander- Deena hold on a minute.

Commander- Tell Mark that I'm allowing him to pilot the E. Sandstorm just this once.

Deena- Sir with all do respect I think me and my cyclones will be more than enough to handle this.

Commander- I'm not saying that your not skilled Deena, I'm just not taking any chances we don't know what were up against.

Deena- The commander choose you to pilot the E. Sandstorm.

Mark- Yes!! Finally this is going to be great..

Deena- He also said that you can only use it this once thats it.

Mark- What? NOOOoooo! What did I do wrong.

Engineer- He probably hasn't forgotten how you crashed the Titan into that command center.

Deena- He did what!?

Engineer- Ya you didn't know, you must be new here everybody's heard about that story.

Mark- it was an accident though

Deena- HE DID WHAT!!

Engineer- didn't he also self destruct one of the power plants.

Worker- Pretty sure it was two.

Deena- *walks away shaking head* this is crazy.

Mark- i wont fail the commander this time.


Just to be clear Kurt is the driver of the BFG X.

Engineer- Better start runnen you know how those corpus ladies are.

Deena- Get back here!  When I'm finish with you they won't won't be able to tell you from an oil spill!

Kurt- Doubt it, did you see what Mark did to Deena's cyclone?

Kurt- There is barely anything left of it It's going tho take the engineers 3 hours to fix it when the usual is 1 or 2.

Doran- Da*m remind me to never let him near my nightmare.

Kurt- Hell after the titan incident i've installed an alarm system on the BFG to make sure no one, especially Mark, tries to use it. *alarm sounds*
*alarm sounds*

Doran- huh, whats that never heard that alarm before

Mark- *Rams BFG through the wall*

Kurt- dont worry, i have a plan

Kurt- HEY MARK PRESS THE RED BUTTON, IT WILL LOCK ON TO DEENA

Mark- *gets ejected from BFG*

Mark- *lands in front of Doran and Kurt*  ouch

BFG X runs into power plant and they both explode.

Kurt- MAARRK! Your dead! You hear me dead!!

Doran- Calm down man the engineers will have it fixed in about 12 hours or so.

Kurt- Come on let me go he's got to learn he can't get away with this anymore.

Doran- Wait I know something worse than death.

Kurt- (stops struggling and turns to Doran) What could be worse than death?

Doran- Looks at Mark (who is still stuck in the ejector seat) then back to Kurt and smiles an evilish smile.

Doran- Why not get Dante to put him thru his training course, and make him eat his cooking too.

Kurt- ( Kurt pauses for a moment stunned) No man should have to endure that.

Dante- What do you want?

Kurt- Meet Mark, he wants to go through your training course

Mark- Thats right sir, i want to be a great fighter

Dante- points off in the distance* Are you the one who just blew up those two power plants?

Doran- *comes from behind Dante* come on Dante, train him, whats the worst that could happen?

Dante- Well seeing how much damage he did with Kurt's BFG, the worse that could happen is he'd kill us all.

Deena- *sitting on Dante's tank* he's got a point.

Dante- Get off my tank woman!

Deena *jumps off tank* I say if you can train him that would be great.

Kurt- Yeah i mean look he is all ready to be trained.

Dante- Where is he?

*explosions in the background*

Doran, Deena, and Kurt- SEE YA DANTE HAVE FUN *as they run away*

Dante- I WILL MAKE AL OF YOU PAY FOR THIS!!

Hope you enjoy this mini story Me and TechNinjaDes created and tell me if I should make a second one I don't know if TechNinjaDes will help with the next one but ya thanks for reading.
11
«12»
Sign In or Register to comment.