As you know, with the Reavers lacking central leadership following the defeat of Borbas, the Reaver influence on Forsaken territory has waned. The Draconians, seeing an opportunity to re-establish their dominance, have begun exploring possible sources for precious Uranium. Their presence in our sector suggests an immediate threat! Escalation is inevitable between the Forsaken and the Draconians. 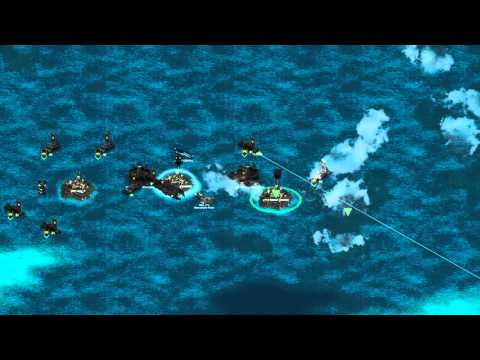 In an effort to replace regularly scheduled spawning events such as Dredge Fleets, we are introducing Sector Threat levels to Battle Pirates. This will begin next Tuesday October 27th as part of the release. This feature will iterate on the current Sector Influence feature and replace standardized Dredge Fleet spawns, giving players more control over Uranium availability.

The purpose of this feature is to make the gameplay experience more organic and player-controlled. Rather than relying on spawns that are set by us, controlled by us, and spawned by us, Sector Threat introduces a more player-interactive way to experience the game.

As players defeat specific Draconian forces within each sector, a sector threat bar fills, changing in progressive color from Teal to Yellow; from Yellow to Orange. When a new threat level is met, different Draconian forces will appear, each with their own specific benefit for players.  For the first iteration of this feature, the Sector Threat Level bar is limited to Teal and Yellow.

At the Teal threat level, players can attack standard Draconian targets to increase the bar. Salvage and Elite Salvage are all viable targets at this threat level. Defeating these targets will move the threat bar toward Yellow. Once at Yellow threat level, Draconian Armadas will begin to spawn. Armadas, like other map targets, have different levels of difficulty. Defeating these Armadas will reward Uranium, similarly to Dredge fleets. Future iterations will see the introduction of a new Draconian Uranium Base, available once Sector Threat: Orange is obtained. Keep in mind that defeating a target in another sector will increase the Sector Threat of that sector, not your home sector. However, defeating Draconian Armadas and Uranium bases will reward Uranium.

Sector Threat will be disabled during Events.

Sector Thread diminishes over time. Be sure to defeat the appropriate targets to keep Sector Threat high!

A HUD will appear at the top of the screen while in World Map view. Hovering over this bar will show the current Sector Threat level (Teal, Yellow).

Clicking on the bar will open the Sector Threat window.

I look forward to your feedback on this new feature!
If you have technical questions, please submit a ticket here.
Having trouble submitting a ticket? Try this link.
Not sure about the rules?

I cannot discuss your account ban. Don't ask.
38
This discussion has been closed.