The Reavers return with a vengeance, this time bringing some new technology and new invasion tactics. Below are some tips and tricks to help crush your enemies before you. Apocalypse begins Thursday, March 12th.

Let's talk about the Reaver fleet...

If you're unfamiliar with the Reaver Warhost, I've included a the information on how their hulls operate below: 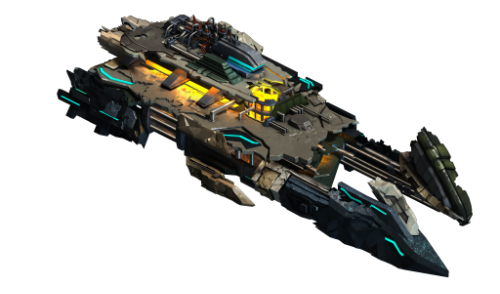 This ramshackle craft is the mainstay of the Reaver Horde. Fast and Deadly they move quick in a straight line but are slow to turn making it possible to out maneuver them. The bulk of their damage is splash. Possessing Moderate Ballistic Damage, and Moderate Radioactive Damage, Chainguns and Thrower weapons, its best to keep your distance using long range weapons, and use its slow turn radius to your advantage. 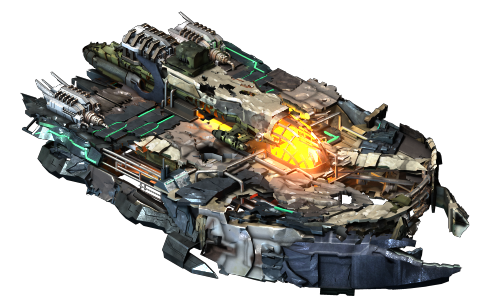 This behemoth is generally slow moving and slow turning. Heavy bulk and heavy armor make it one of the most durable hulls in the Reaver Horde. The Reaver Hulks primary damage type is Mortars making it possible to outrun its deadly rain, it also comes equipped with flamethrower weapons, its best to engage this hull at range, speed, or with maneuverability. 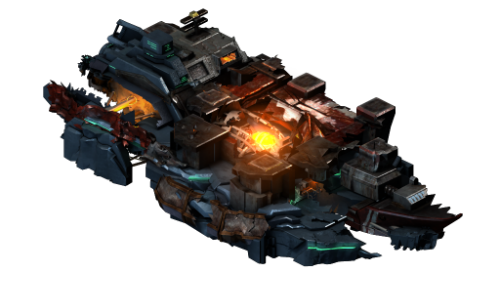 This long-range support hull rains Torrent Missiles from afar. Most of its damage is single target accuracy based, so evasion will be a great benefit against these ships. Captains should be careful on relaying on range, as the Hades possesses the Remote Targeting ability. This ability allows the Hades to fire from an extended range, allowing it to fire on your hulls while other, faster moving Reaver ships close the distance with you. 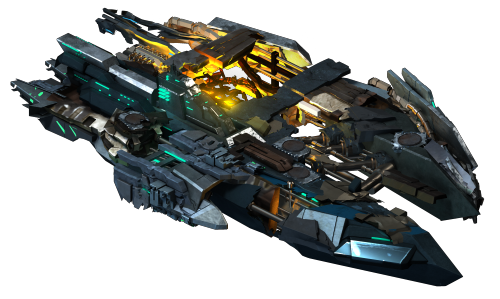 This hull makes use of new unstable disruptor technology, slowing ships that come into its range, and eradicating fleets with Reaver Rockets. Make sure your ships stay away from this one... or have enough armor to stand their ground against the Sapper's onslaught.

It hunts in packs. These kamikaze ships get stronger as they take more damage, causing them to overload.  Overloading causes this ship to increase its resistances and combat speed for each one that is berserking. Your best bet would be to focus fire on a single one killing it before moving onto the next one.

The Reavers like to fight up close and personal. The closer you are to a Reaver Ship, the more damage you will take as their Blaze Throwers and Magma Throwers slag Forsaken armor with ease.  You’ll want to keep your distance, utilizing maneuverability over brute strength. Alternatively, as the Reavers use Radioactive weapons, Radioactive Resistances are key to mitigating damage.

Since the Reaver hulls have been bathed in the rays of radiation, many of their ships are highly resistant to the effects of radioactive damage. Avoid relying on fighting radioactive fire with fire to succeed against this threat.

In general, the high DPS of missiles and UAVs has proven most effective against the Reavers, but if you're lacking missile or UAV-heavy fleets, ballistics will do the job as well. Mortar weaponry is likely highly ineffective given that mortars tend to do poorly in FvF situations and most Reaver fleets are fast moving.

Much like last month there will still be Command and Elite Hulls appear in Reaver targets. I’ve listed them out below:

Nastier versions of whatever hull is upgraded. Can be applied to the following hulls:

Upgraded variants to their basic hull counterparts. They also possess tactical fields that buff their allies.

Captains should also be on the look out for the Reaver Mothership appearing on the World map. These behemoths are no joke! Equipped with a wide array of weapons, they're often guarded by a light Reaver presence. The Reavers have pillaged the Nav-Relay technology developed by the Forsaken and can warp other Reaver Command ships into the combat. It is also equipped with a new aerial weapon that swarms Forsaken ships like a cloud of mechanical locusts. Aim to disable smaller enemy ships first while maneuvering closer to the Mothership to stop the blitzkrieg of Reavers teleporting into battle.

The Mothership should only be approached by the hardiest of Captains but the reward is oh so sweet.


The Reavers take over!

The Reavers have scavenged enough Draconian technology to replicate their enemy's defenses! As the Forsaken Armada continues their campaign against the Reavers, they may encounter Reaver controlled platforms, similar to Draconian Military Strongholds.  These floating platforms are equipped with fire-slinging Napalm Missiles, Reaver Javelin turrets, Reaver Rockets, and the dreaded Apocalypse Mortar! Keep your fleets away from the concentrated fire of the middle platform while skirting the edges of the platform and disabling fire-slinging turrets. Then, charge the center with brazen intestinal fortitude, stopping for nothing. Stay out of the fire!

Rumor has it that the Reavers are dredging the waters in search of Uranium to speed their efforts. Destroy these mining operations and steal this precious resource for yourself!

Finally, I've listed out some of the Rogue Crews that I have found useful when fighting against the Reaver horde.

I cannot discuss your account ban. Don't ask.
5
«1234»
This discussion has been closed.