KIXEYE CM Chris
KIXEYE
Joined Mar 2012 Posts: 5,174
22 Feb 2013, 2:37AM edited 22 Feb 2013, 11:32PM
Attention Commander,
Sasha Kalashnikov has splintered off from her father, Sergey, to form a new rogue faction-- Red Lokust. Sasha and her followers have already wiped out the Black Widow faction and now have their sight set on your base. Their assault begins on Friday, February 22.
Get to your base, establish your defensive forces, and click on the "Next Wave" button to trigger a wave of attackers. For every wave that you successfully destroy you’ll be awarded XP. After you repel 4 of Sasha's waves you will have an opportunity to execute a counter-strike on a nearby Red Lokust base. Deploy forces to the World Map, seek out one of Sasha's bases, and reduce the base to rubble to earn more XP. Once you've completed your assault, rush to your base and prepare yourself for another aggressive counter offensive by the Red Lokust.
Prove your mettle and earn powerful new prizes including the Slayer Drone, Reaper Drone, and the Drone Silo defensive structure. You will also be able to earn almost all of the previous event prizes. Deal Sasha's Red Lokust a death blow and claim the spoils of war.
For an exclusive look at the event and the full details of these prizes, watch our Operation: Red Swarm video. 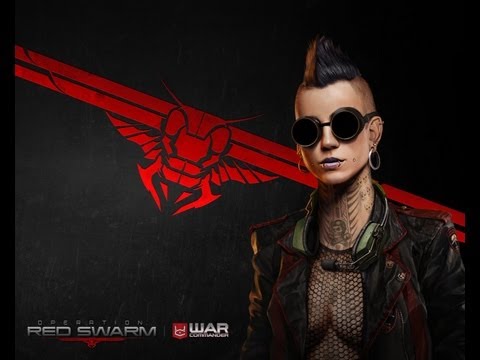 If I don't reply to your PM, don't take it personally. We get far too many to keep track of.
295
«123»
This discussion has been closed.